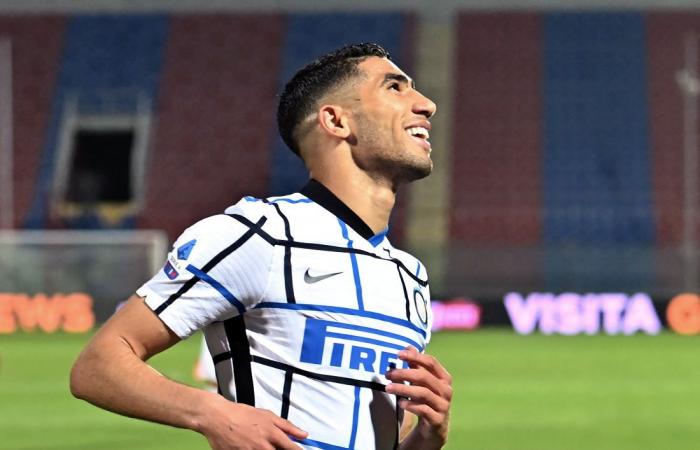 Jeddah - Yasmine El Tohamy - DUBAI: An Egyptian, an Algerian and a Moroccan walk onto a football pitch. The punchline usually involves a curling left-footed shot into the back of the net.

When the topic of best Arab footballers currently playing in Europe comes up, three players inevitably dominate the discussion.

Since joining Liverpool in the summer 2017 Mohamed Salah has attained a level of superstardom that no other Arab footballer had come close to before.

Even in a shockingly poor season by Liverpool, he continues to lead the Premier League’s goalscoring charts.

Just over a year before Salah’s move to Anfield, the Algerian Riyad Mahrez had played a heroic role in Leicester City’s sensational title win (which earned him the 2015-16 PFA Player of the Year award), and after joining Pep Guardiola’s Manchester City in 2018 would become one of a select group players to win the Premier League title with two different clubs.

In the second half of this season Mahrez has been in stunning form and the coming weeks will surely add another title medal and potentially a Champions League winners medal to his collection.

Standing in his way in the final on May 29 will be Chelsea’s Moroccan playmaker Hakim Ziyech, who, while having a mostly frustrating, inconsistent season, has still managed to score the goal that set Chelsea on their way to a win over Manchester City in the FA Cup semi-final and, at the weekend, grabbed the equaliser as the London club again beat Guardiola’s team to ensure that the Premier League coronation, inevitable as it is, will have to wait a little longer.

But it’s one of Ziyech’s international teammates that has a strong claim to being one of the outstanding Arab footballers playing in Europe in 2020-21.

And he has managed it well away from the hype machine that is the English Premier League. He also happens to be a defender, in name at least.

Inter Milan’s first Serie A title win in 11 years, ending a run of nine triumphs by Juventus, has been lit up by the likes of Romelu Lukaku, Stefan De Vrij, Lautaro Martínez and Nicolò Barella.

But one of the standout performers has been the brilliant, Madrid-born Moroccan Achraf Hakimi.

Someone at Real Madrid, Hakimi’s hometown club, will at some point have to explain how arguably the best right back in European football has been allowed to escape the Bernabéu, not once, but twice, over the last three years.

Having, at 18, been part of the squad that won the 2018 Champions League final against Liverpool - and earlier collected FIFA Club World Cup, UEFA Super Cup and Spanish Super Cup winners’ medals - Hakimi looked set for long and successful career with the Spanish giants.

But with Spanish defender Dani Carvajal - one of the team’s most trusted and senior performers - Hakimi was often reduced comes from the bench.

That summer, after being part of Morocco’s squad at the World Cup in Russia, Hakimi was loaned to Borussia Dortmund on a two-year deal.

At a club that values and encourages young talent, he flourished.

His marauding runs from defence became a feature of the team’s play, and his assists and goals have since earned comparisons with the likes of Trent Alexander Arnold and Reece James, attacking fullbacks which English football seem to suddenly be specializing in.

He won the German Super Cup in 2019, and his individual performances were increasingly drawing attention as opposition defenders struggled to cope with his speed and his deliveries.

Indeed, in February 2020, Hakimi set a Bundesliga speed record of 36.48 km/h against Union Berlin, beating the old record of 36.2 km/h he himself set earlier that season against RB Leipzig.

Hakimi must have thought he had done enough to have another crack at becoming first choice right back Real Madrid, who despite winning La Liga in the Covid-19-disrupted 2019-20 season, were now a shadow of the Cristiano Ronaldo-inspired team he had left two years earlier.

Instead he was sold to Inter for $48.69 million, and Zinedine’s Zidane’s loss would prove Antonio Conte’s gain.

Hakimi has been inspirational for his new team, scoring seven league goals and helping set up many on the way to the championship.

On May 1, he scored the second goal in a 2-0 win over Crotone to put Inter within touching distance of the coveted Seri A title.

The following day, Atalanta’s failure to win at Sassuolo meant the title was heading to the blue and black half of Milan. At 22, Hakimi was a title champion.

No doubt Hakimi and Inter will have their eyes on Champions League success next season, and the Moroccan will also be eyeing glorying with his country at the 2021 Africa Cup of Nations Cup (taking place at the start of 2022) and the 2022 World Cup in Qatar.

Before that, Middle East, Arab and African audiences could well be hoping to see him take part in FIFA Arab Cup in Qatar next November.

He may not have achieved quite what Salah, Mahrez and Ziyech have and will in the near future, yet, but at only 22 he has plenty of time to catch up with that exalted trio with magical left feet.

And he’ll be doing it all with those devastating runs from way back in the defense.

These were the details of the news Inter’s Serie A title win sees Achraf Hakimi emerge as one of the finest Arab footballers in Europe for this day. We hope that we have succeeded by giving you the full details and information. To follow all our news, you can subscribe to the alerts system or to one of our different systems to provide you with all that is new.