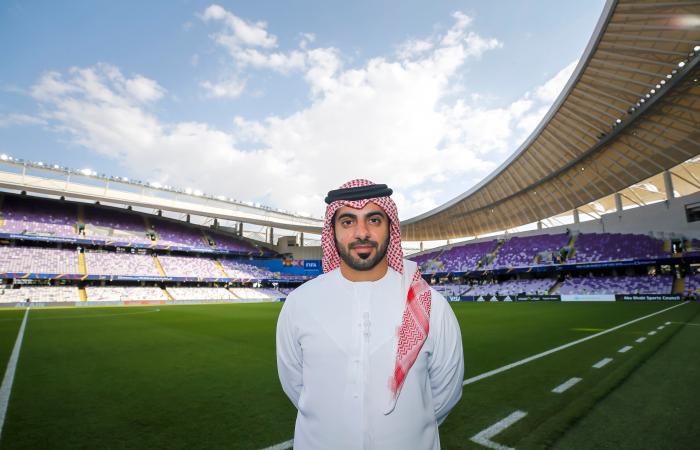 Jeddah - Yasmine El Tohamy - Dubai: It was the fight event everybody wanted to be at.

In the famous Octagon, UFC 257 reached its dramatic conclusion with American underdog Dustin Poirier stunning crowd-favorite Conor McGregor with a second round TKO.

Yes, there was a crowd, a lucky 2000 after Abu Dhabi’s newly opened Etihad Arena had welcomed back live audiences for the third edition of UFC Fight Island.

For Salem Al-Sulaimani, operations director of Flash Entertainment, the presence of fight fans back on Yas Island’s in January, after the disruptions of the COVID-19 pandemic, was a credit to all those involved in the event’s organization.

“Bringing the public to the arena was result of a great collaboration between Flash Entertainment, Abu Dhabi’s Department of Culture and Tourism and all the government stakeholders in Abu Dhabi,” he said. “It was about making sure health and safety were a priority, making sure to implement very strict safety measures to allow the fighters, the teams and the public to feel safe in one place.”

The first Fight Island, which kicked off with UFC 251 on July 11, 2020, set the bar high. It was the first post-coronavirus international sporting event to attract athletes from around the world. Fight Island 2 followed in late September and October with UFC 253 and UFC 254, at which Khabib Nurmagomedov memorably called time on a peerless career after defeating Justin Gaethje.

“Over the past seven months we have successfully hosted three UFC events in a row, which shows the success of the collaboration with all the government entities that put together a role-model Fight Island,” said Al-Sulaimani. “It showed how they managed to put on the safest place possible in hosting these kinds of international events.”

UFC President Dana White, the fighters and their teams all expressed a willingness to return each time.

Now the hope is that more fans will slowly return to major sporting events in the UAE’s capital. Creating a consistently safe zone, or the “bubble model,” has played a major part in making that possible, as has the launch of the spectacular 20,000-capacity venue on the Yas Bay Waterfront.

“With the Etihad Arena, it showed the capability of such a great venue to adapt to the current pandemic and host such an event,” Al-Sulaimani said. “The last event, Fight Island 3, created so much vibe. Not only was it the first event that saw UFC have the public back since the Covid-19 outbreak, it was also the first public-attended event in Abu Dhabi. It ticked so many boxes, and it was the perfect way of showing the world Etihad Arena.”

“It provides us with great hope,” he said. “The UAE’s proactive, coordinated response in tackling the global pandemic has put the country on the right track. The high rates of vaccinated citizens and residents gives a massive hope in returning to normal and having more public-attended events. Other sporting organizations are looking at the Emirates as a model for their events.”

Already, talk has turned to the Abu Dhabi Grand Prix in December and the possibility of having fans back at Yas Marina Circuit.

“We’re observing the global situation with the Grand Prix, making sure that we watch the pandemic on the horizon, and working with federal and local authorities here in Abu Dhabi,” said Al-Sulaimani. “Looking at what fans want, we are very aware of their appetite now, and the thrill of coming back to live events.”

The 2020 edition was held successfully without an audience, but this year there is even the tantalizing possibility of post-race entertainment making a comeback.

“Interestingly, usually with the Abu Dhabi Grand Prix, we approach artists to come and participate, but we already have had inquiries from very big artists,” he added. “So it’s them reaching out to us as opposed to us trying to chase them.”

Thanks to the success of the recent competitions in the capital, Al-Sulaimani and Flash Entertainment are looking to organize more events in Abu Dhabi and, potentially, further afield.

“In general that’s what we are always doing, that’s what we do on daily basis. As part of our growth strategy, we have ambitions to expand further into the region, and into the markets in the UAE,” he said. “We want to build on the previous work we did in Dubai, bringing in world-class entertainment. It’s a market that’s just an hour away from the capital. We have over the past few years managed to put more than 8.5 million smiles among the people, and we want to keep that going.”

And sports fans can look forward to more than just Formula 1 later this year.

“In December we will be hosting the 15th FINA World Swimming Championship at the Etihad Arena, and we also have the Mubadala Tennis Championship back this year, so there’s a lot to look forward to,” Al-Sulaimani said. “We are ready to bring all these international events to Abu Dhabi. Our goal here is to support Abu Dhabi’s Vision 2030. Flash entertainment will continue providing that platform for emerging talent, and inspiring the next generations.”

These were the details of the news Abu Dhabi hoping to welcome more live audiences after successful hosting of major sporting events for this day. We hope that we have succeeded by giving you the full details and information. To follow all our news, you can subscribe to the alerts system or to one of our different systems to provide you with all that is new.