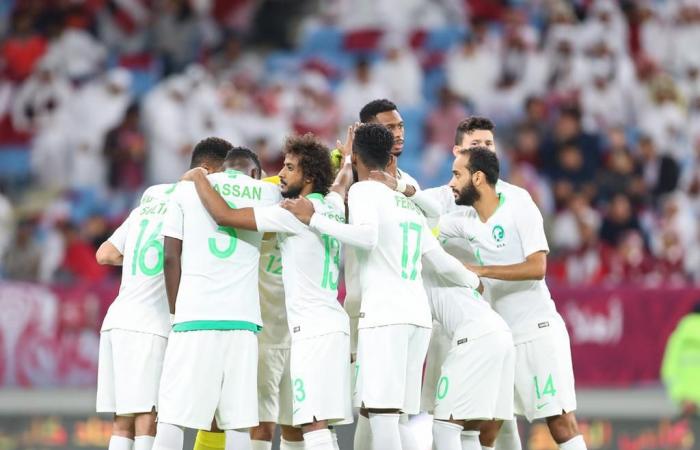 Thank you for reading the news about Saudi Arabia’s footballers to take on Brazil, Germany, Ivory Coast at Tokyo Olympics and now with the details

RIYADH: At the halfway stage of the AFC Champions League plenty has happened for the three Saudi Arabian representatives and all are in with a chance of making the next stage.

In the latest round of matches, Al-Nassr drew 1-1 with Foolad of Iran to stay top of a tight Group D with five points; Al-Hilal defeated Tajikistan’s Istiklol 3-1 to go three points clear at the top of Group A; and Al-Ahli picked up a 3-0 win over Al-Shorta of Iraq and now have four points in Group C.

Here are five things we learned about Matchday Three.

1. There is a danger of recent history repeating itself

It is just a few months since Al-Hilal were forced to withdraw from the group stage of the 2020 AFC Champions League after the coronavirus disease (COVID-19) tore through the squad and staff.

Al-Nassr are not at that stage yet but the fact that five players and four other members of the club have tested positive is of huge concern to everyone. If it gets worse, then there is a real danger that the nine-time Saudi Arabian champions could be out.

As coach Mano Menezes pointed out, it is not just about the players who have contracted COVID-19, there are psychological effects among those who are still playing. “We must find new ways to compensate for the absence of players due to the coronavirus,” the Brazilian boss said.

“I am concerned about the effect on the players psychologically, and on the group as well and that is something that we have to think about.”

2. From now it is all about fitness and squad depth

Six games in the space of 15 days are going to be a punishing schedule especially given the time of year and the conditions in Saudi Arabia. Now the real tests come.

There is no time for training, just rest, recovery, and preparation. Coaches will have to rotate and will need to use all their experience to get the best out of their squads. Those with the strongest benches will have the best chance of getting through.

Tractor FC head coach Rasoul Khatibi spoke for many after his team’s 0-0 draw with Al-Quwa Al-Jawiya.

“After the 70th minute our players were exhausted and both teams had to stay focused to see it through. For the next match, we will make sure we have a quick recovery to avoid this experience of losing energy in the latter part of the game. The team with the better recovery will have a better chance in the next match,” he said.

The encouraging thing for the three-time champions is that various players have stepped forward in the games so far. That was the case in the 3-1 win over Istiklol.

It was always going to be that the Tajikistan powerhouse would sit back and allow the Saudi champions possession, and it was used to very good effect by Hattan Bahebri who set up the opener and then grabbed two goals of his own. Both were delightful finishes. The first saw the winger cut inside on the edge of the area and the second was a cheeky chip that was worthy of winning any game.

A repeat performance against the same team on Saturday will leave Al-Hilal with one foot in the second round and Bahebri an even brighter reputation.

4. Al-Nassr show what they are made of

It was not a surprise that Al-Nassr were not as impressive in their 1-1 draw with Foolad as when defeating Al-Sadd three days earlier.

Injuries and absences took their toll and given that, it was a decent performance, and they were perhaps a little unlucky not to collect three points against solid Iranian opposition.

The goal conceded was a little weak and could have been avoided had usual No. 1 Brad Jones been available.

Once again, coach Mano Menezes looked to hit the opposition on the counter as much as possible and had the finishing been a little better and the Iranian goalkeeper not made a couple of excellent saves, then three points could have been taken.

If Al-Nassr can avoid losing more players due to COVID-19 and continue playing this way, then a place in the second round is very much within reach.

After 10 games without a win, a dismal run that included seven defeats, Al-Ahli finally tasted victory with a 3-0 victory over Al-Shorta of Iraq.

The opposition may have been the weakest team in the group but had the Saudi team failed to win it would have been hard to see a way back in the group.

It was a nervy start but once the Jeddah club took the lead, they looked fairly comfortable and saw the game out.

The question is, what happens next? Can Al-Ahli actually make it out of the group? Just challenging would be a step in the right direction. Another win against the same opposition would put the three-time Saudi champions right in the mix.

That would mean they would have to get something against Al-Duhail and Esteghlal, but the confidence would be there and there would be a chance. That is the ideal scenario and gets the team back on track.

These were the details of the news Saudi Arabia’s footballers to take on Brazil, Germany, Ivory Coast at Tokyo Olympics for this day. We hope that we have succeeded by giving you the full details and information. To follow all our news, you can subscribe to the alerts system or to one of our different systems to provide you with all that is new.