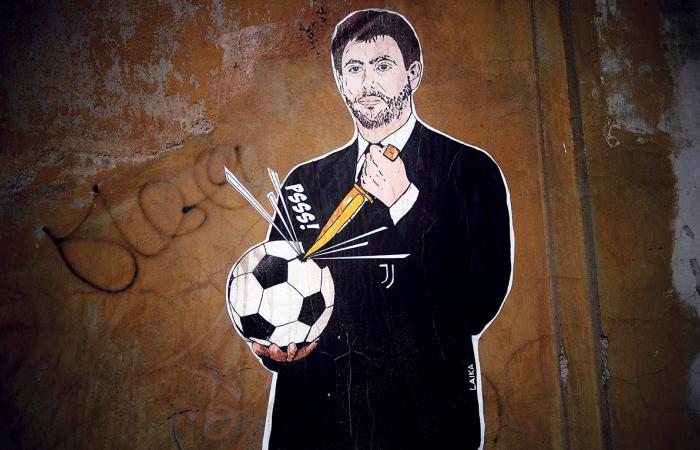 Thank you for reading the news about Super League dead as Italian, Spanish clubs follow English exodus and now with the details

Jeddah - Yasmine El Tohamy - It was a chilly November night and the noise from the brightly lit Hazza bin Zayed Stadium could be heard from miles away in the quiet of the oasis town of Al-Ain on the UAE-Oman border as a full house of 25,000 home fans unveiled a giant TIFO with the words “One Dream” separated by two stars and painted in the colours of the UAE flag.

The home team, Al-Ain FC, were looking to turn around a 2-1 defeat from the first leg of the 2016 AFC Champions League final against South Korean giants Jeonbuk Hyundai Motors as they pursued the dream of a second continental title. The two sides had just joined Saudi Arabia’s Al-Ittihad in becoming the only Asian clubs to appear in three finals since the inception of the AFC Champions League in 2002-03 when Al-Ain were crowned inaugural winners.

There was a certain familiarity to the scenes that night. A year before, 150 km away in Dubai, Al-Ain’s domestic rivals Al-Ahli had been in the same position, contesting the 2015 AFC Champions League final against China’s Guangzhou Evergrande.

In the end, both UAE sides lost their finals and settled for silver medals, but for a moment, despite the disappointment, it felt like UAE football had really established itself as a genuine powerhouse on the continental level. Back-to-back finals, local stars Ahmed Khalil and Omar Abdulrahman earning Asia’s Player of The Year Award in consecutive years, the UAE Pro League topping the AFC’s domestic competitions rankings and the national team taking Asia by storm to finish third in the 2015 AFC Asian Cup in Australia; their best-ever result away from home.

Fast forward a few years and the picture could not be more different. Despite much-needed wins by Sharjah and Al-Wahda in their latest AFC Champions League groups matches, the overall picture remains deeply worrying.

Nowhere is that more evident than in the woes of Al-Ain, going from the very summit of continental football to its nadir, finishing bottom of their AFC Champions League group in 2019 and 2020 and missing out on the group stage altogether in 2021 after an embarrassing 4-0 play-off defeat to Iran’s Foolad Khouzestan.

It was the third time Al-Ain had lost 4-0 in their last seven Champions League games. With the club languishing in sixth place in the league at the time of writing, chances are they will be out of the Champions League for two consecutive years for the first time since 2008.

It is not only Al-Ain that has struggled. In 2019, Al-Wasl also finished bottom of their group, conceding 18 goals over six games, more than any other team in the competition, while their Dubai rivals Al-Nasr were eliminated in the play-off stage. Out of the four clubs in the competition, only Al-Wahda managed to get into the knock-out stages, before exiting at the round of 16.

A year later, it was the same story; there were two UAE clubs at the foot of their respective groups, Al-Ain and Sharjah. Al-Wahda failed to participate due to an outbreak of Covid-19 within the club and again one side, Shabab Al-Ahli, finalists five years earlier, scraped into the round of 16 before bowing out.

The result of all this? The UAE Pro League’s continental ranking has dropped from first to seventh, closer in points to the Uzbek League in 10th place than they are to the Iranian League in sixth. The country already lost a seat in the group stage despite the expansion of the competition to 40 teams and losing one more spot in subsequent editions of the competition is a real possibility.

A move by the UAE Pro League to incentivize local clubs based on their results in the continental competition does not seem to have produced the desired outcome. Three Matchdays into the 2021 edition, the three participating Emirati clubs – Al-Wahda, Sharjah and Shabab Al-Ahli – have collected 12 points from 24 on offer. Saudi and Iranian clubs have stolen a march on them.

Those nights of glamour in 2015 and 2016 now look a distant memory, and if this downward spiral is to be arrested, then something needs to change soon. Otherwise, we could see the UAE Pro League, one of the region’s most financially endowed domestic competitions, fall behind the likes of the Thai, Iraqi and Uzbek leagues and, most dangerously, the country could soon find its clubs competing in the AFC’s second-tier competition, the AFC Cup, alongside clubs from semi-professional and non-professional leagues from North Korea, Kyrgyzstan and Bangladesh.

An unprecedented low for what was once Asia’s best football league.

These were the details of the news Super League dead as Italian, Spanish clubs follow English exodus for this day. We hope that we have succeeded by giving you the full details and information. To follow all our news, you can subscribe to the alerts system or to one of our different systems to provide you with all that is new.