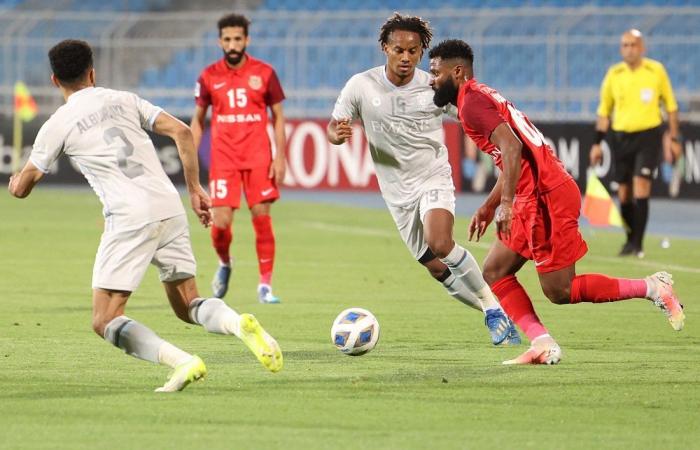 RIYADH: Two down and four to go. The group stage of the AFC Champions League is starting to take shape and already there are teams that have an awful lot to do if they are to maintain their presence in the tournament going into the knockout stage.

Some are looking good and the feeling around the Al-Nassr camp has improved massively after a 3-1 win over Al-Sadd, one of the favorites for the competition. Al-Hilal collected three points with a comfortable 2-0 win over Shabab Al-Ahli while Al-Ahli bounced back from their opening game mauling to take a 1-1 draw with Al-Duhail.

Here are five things we learned from the second round of matches.

Al-Sadd had not lost for 24 games heading into the clash with Al-Nassr. They won the Qatar Stars League without losing a game and with a goal difference of plus 63, which is incredible enough, but when the season is just 22 games long it really is something special. Yet Al-Nassr fully deserved to win.

Abderrazak Hamdallah scored the opening goal from the spot, but after Santi Cazorla equalized on the hour, the Saudi team’s players kept their nerve, their shape, and their discipline and hit the erratic Qatari team on the counter thanks to the intelligent movement and hard work of their forward line.

With the help of two well-timed substitutions, it was a strategy that bore fruit and two goals followed that put the hosts in with a great chance of the second round.

Al-Nassr coach Mano Menezes has not had much time to work with the players but on this performance, there should be more to come even if fans should not get carried away by being the first team to defeat Al-Sadd this year.

After a somewhat disappointing opening game, Al-Hilal stepped it up a level against Shabab Al-Ahli.

Star foreign players Bafetimbi Gomis and Andre Carrillo grabbed the headlines with their very well-taken goals in the first half but Mohammed Al-Breik deserves plenty of credit. The Saudi international created both in a perfect example of how a right-back should get forward in the modern game.

The first was a delicious cross that was whipped in behind the Dubai team’s defense with Gomis on hand to sweep home from close range. The second came from deeper but found Carrillo in space just inside the area and the Peruvian international made no mistake with a fine swivel and shot. Both goals were easy on the eye and the defender played a huge part.

After seven straight defeats, a 1-1 draw will lift some of the gloom surrounding the Jeddah club. It was snatched in the final minutes against Al-Duhail who had largely dominated proceedings.

The Qataris struggled however to find a way past Mohammed Al-Owais. The goalkeeper dealt with everything that was thrown at him to keep the score line down to a minimum. Shot after shot came in and there he was tipping deflections over the bar and getting down well to push headers around the foot of the post.

It was due to such heroics that Omar Al-Somah’s last-gasp goal, which came after an overhead kick assist from defender Motaz Hawsawi, earned a much-needed point to break that dismal losing streak.

4. Strikers come to the fore

It may well be that none of the Saudi teams are firing on all cylinders at the moment, but it will be pleasing to fans that their star strikers have all scored already.

If Al-Hilal are going to go all the way and get a record fourth title, then they are going to need the goals of Gomis, and the French forward is looking hungry and dangerous.

Hamdallah was one of the stars of the 2020 tournament and while the Moroccan has not looked as lethal this year, to get on the scoresheet will be an immense relief for both player and coach. Al-Nassr need him if they are to get out of a difficult group.

And then there is Al-Somah. There has been a lot written about the Syrian striker this season but whatever has happened behind the scenes, three goals in two games speaks for itself. If one of the best strikers in Asia continues to score, then Al-Ahli have a chance.

5. Next comes the crunch

The next two games can make or break a team’s chances as they come against the same opposition. Al-Nassr are level on four points with Foolad of Iran. If the Riyadh giants can come out on top over these back-to-back clashes, then they really can start to think about the next stage.

Al-Hilal take on Tajikistan powerhouse Istiklol who are going to make things very tough. The new boys in the competition have also managed four points from the opening two games thanks to some solid defending. Al-Hilal have the firepower however and can take control of the group.

And as for Al-Ahli, there are twin games with Al-Shorta of Iraq. These will not be easy, even if Al-Shorta are regarded as the weakest team in the group, but they do offer a perfect chance to pick up a win and start challenging at the top of the table.

These were the details of the news Mahdi Ali praises Al-Hilal after his injury-hit Shabab Al-Ahli Dubai team suffered AFC Champions League loss for this day. We hope that we have succeeded by giving you the full details and information. To follow all our news, you can subscribe to the alerts system or to one of our different systems to provide you with all that is new.