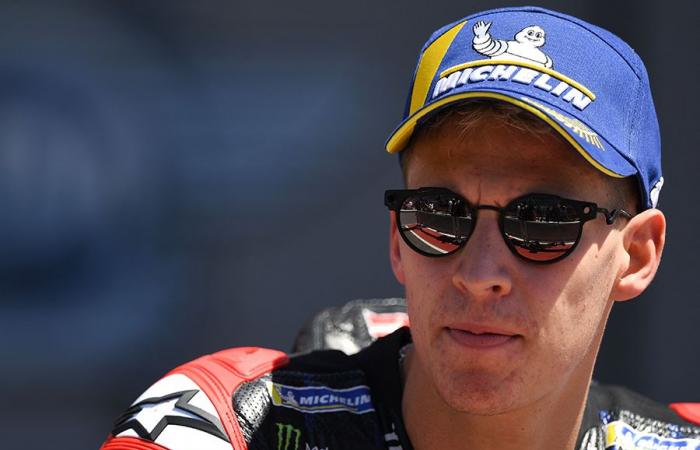 Thank you for reading the news about Quartararo wins Portuguese GP; Márquez 7th in 1st race back and now with the details

Quartararo finished ahead of Francesco Bagnaia and defending MotoGP champion Joan Mir. The Frenchman moved into the championship lead with the victory at the Algarve circuit. Quartararo’s celebration after the race included an imitation of Cristiano Ronaldo’s goal celebration.

“It’s good to be back in this mindset, I feel like I’m full of confidence,” Quartararo said. “We did an amazing job. Yesterday we were first in all the sessions, and today we won. This is a great way to start the celebrations for my birthday in two days.”

Márquez had a lackluster race in his return after breaking his right arm at the Spanish GP last summer. He missed the rest of last season and the first two races this year.

“I’m relieved,” Márquez said. “Not only about finishing the race, but about being back on a motorcycle, about feeling like a rider again, even though I couldn’t ride the way I wanted to. But this weekend wasn’t about where I finished.”

The Spaniard jumped to fourth at the start and was as high as third during the first lap, but he made contact with another rider on the second lap and eventually dropped to ninth place. He kept a decent pace but could only make up a few positions, finishing just ahead of brother Álex Márquez.

Marc Márquez couldn’t hold back his emotions as he received a round of applause from the members of his team after the race.

“I’m the kind of person who likes to keep things inside and not express my emotions, but I broke down when I returned to the box,” Marc Márquez said. “It was tough.”

Quartararo lost ground early on but was back in front by the halfway point of the race in southern Portugal, holding on for his fifth MotoGP win. He was coming off a win in Qatar two weeks ago.

Jack Miller and Miguel Oliveira crashed early in the race, while Álex Rins fell later when he was near the front. Veteran Valentino Rossi also crashed to add to his struggles at the start of the season, while Johann Zarco — the championship leader coming into the Portuguese GP — went down with six laps to go while fighting at the top.

Zarco had finished second in the first two races of the season, both in Qatar. Maverick Viñales won the season-opener.

It was the third straight win for Yamaha this season.

These were the details of the news Quartararo wins Portuguese GP; Márquez 7th in 1st race back for this day. We hope that we have succeeded by giving you the full details and information. To follow all our news, you can subscribe to the alerts system or to one of our different systems to provide you with all that is new.