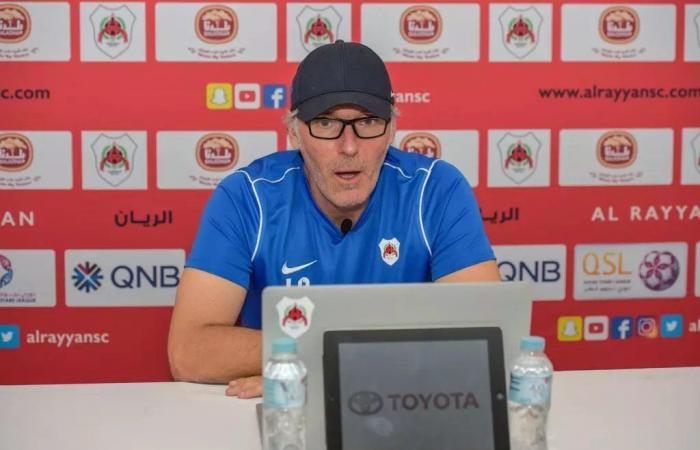 Jeddah - Yasmine El Tohamy - : Mahdi Ali will try, for one last time, to get the old band together.

And when the Emirati coach leads the Dubai team into the group stages of the AFC Champions League this week, he will be doing so with a squad that’s packed with a group of players that he has known for close on to two decades now.

As coach of various UAE national age group teams from 2003 (U16s), and the senior team from 2012, Mahdi Ali was responsible for overseeing what has become known as the second Golden Generation of Emirati players.

A commendable, eye-catching performance at the 2012 London Olympics, winning the 2013 Gulf Cup of Nations in Manama, and finishing third at the 2015 AFC Asian Cup in Australia.

For a while it seemed the team, or as the coach always called them, “the group”, could do no wrong. Until, suddenly they could do little right.

Mahdi Ali’s rein as UAE coach ended in 2017 as the UAE’s bid to qualify for the 2018 World Cup in France, a genuine prospect at the time, began to crumble.

Back at the club he represented for 15 years in the 1980s and 90s, and which he briefly coached in the 2009-10 season, Mahdi Ali is now overseeing something of renaissance at Shabab Al-Ahli.

In addition to the silverware, a 13-match unbeaten run has seen the team rise to third in the Arabian Gulf League table, though still a significant seven points behind leaders Al-Jazira, and six behind Baniyas.

Still, it showed that the old maestro can still get a tune out of his players.

Except that it is mostly the new faces that have been delivering the high notes, with many of the UAE core reduced to back-up performers.

Leading the charge line for Shabab Al-Ahli in recent months have been the club’s foreign contingent of the Brazilians Igor Jesus and Carlos Eduardo, Federico Cartabia of Argentina and the Uzbeks Jaloliddin Masharipov and Odiljon Hamrobekov.

And while many of the Emirati players continue to play their part, two of country’s leading lights over the last decade, and arguably two of its finest ever, for now remain nowhere to be seen.

Ahmed Khalil, winner of the 2015 Asian Footballer of the Year award for his stellar performances in Australian and for helping then still Al-Ahli to the AFC Champions League final has barely figured in the first team over the last few years.

As occasionally brilliant as he is frustrating, inconsistency and injuries have blighted his career.

Above all, there is still the long shadow of Omar Abdulrahman, the golden boy whose fall from grace could be seen as metaphor for the fading of the golden generation.

The UAE’s most gifted player of all time, Abdulrahman was for long linked with a move to a major European league that never came.

In the summer of 2018, he joined Al-Hilal in Saudi Arabia for what turned out to be an ill-fated, injury-disrupted spell.

A move to Abu Dhabi’s Al-Jazira a year later proved similarly unsuccessful, culminating in the previously unthinkable news that shocked Emirati and Middle East football supporters; Abdulrahman being released from his contract by the AGL leaders.

Perhaps it is fitting that a potential redemption arc has been offered at Shabab Al-Ahli under mentor Mahdi Ali, the man who oversaw Abdulrahman’s greatest hits.

But as the 29-year-old continues to recover from injury, Shabab Al-Ahli will go into the Champions League group stage held in Riyadh relying on the firepower of the foreign stars.

The first match against Istiklol, even before a ball has been kicked, has become a must-win match.

The team from Tajikistan will be seen as the group’s weakest link and while 2019 champions Al-Hilal take on AGMK of Uzbekistan, Shabab Al Ahli will be hoping to post three points on the board before the bigger challenges appear.

The second match will be against the hosts Al-Hilal, before a double-header against AGMK precedes the return match against Istiklol.

The last thing Mahdi Ali would want is to go into the final match against an on-form Hilal team needing a win to qualify to the knockout stages.

Still, the team is on a high after the League Cup triumph and perhaps the AFC Champions League fixtures have come at the perfect time for the UAE team - a glorious year remains a tantalizing possibility.

Just when the Emirati stars of the last decade take center-stage remains to be seen.

These were the details of the news Al-Rayyan coach Laurent Blanc focused on Goa danger for his AFC Champions League debut for this day. We hope that we have succeeded by giving you the full details and information. To follow all our news, you can subscribe to the alerts system or to one of our different systems to provide you with all that is new.