Man Utd battle back to gain revenge on Tottenham 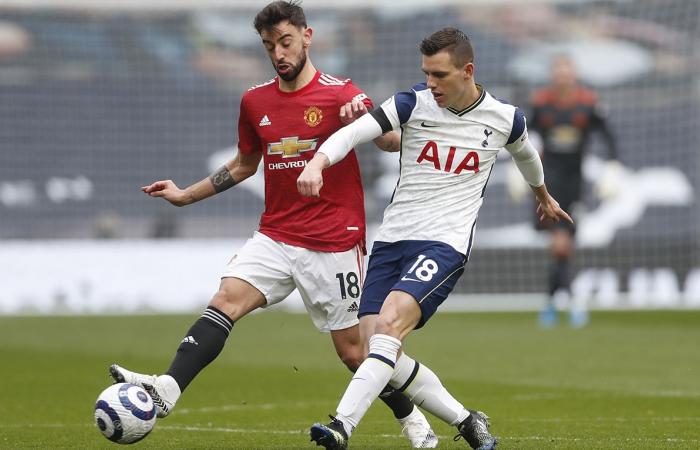 LONDON: Al-Nassr’s roller-coaster season continued this weekend with the sacking of Alen Horvat as head coach after the defeat to 10-man Damac, with former Brazil national team coach Mano Menezes the latest tasked with getting the Riyadh club back on track.

The stakes for Menezes could not be higher from the off.

His first assignment will be leading the Riyadh team through the group stage of the AFC Champions League as soon as he is able to take charge.

Indeed, on Saturday night, Menezes was said to be preparing for his new role by studying the Al-Nassr squad and recent matches on his flight to Riyadh.

The news had been announced on the club’s social media platforms late on Friday night: “Brazilian coach Mano Menezes will arrive with his coaching staff to Riyadh within 48 hours. He will be appointed head coach of Al-Nassr.”

Menezes led Brazil from July 2010, just after the World Cup, and was fired in November 2012, after disappointing results though he did take the U-23 team to the final of the 2012 Olympics.

The 58-year-old has had an extensive coaching career in his homeland and is expected to begin training with the team from the start of the week.

Asia will be his immediate priority. Al-Nassr have been placed in Group D along with Al-Sadd of Qatar, who have just won their domestic championship without losing a game under Xavi Hernandez, Al-Wehdat of Jordan and Foolad of Iran.

A good start for the new man will be essential.

“We are delighted to get such a prestigious coach on board,” an official at Al-Nassr told Arab News.

“We talked with a number of coaches in different countries because we wanted to make a change as there had been concerns with the team’s performances in recent weeks. We want to do well in Asia but there are also games remaining in the league.”

The Yellows are in fifth in the league, nine points behind Al-Ittihad in third with just five games remaining.

They are also out of the King’s Cup leaving the Champions League as their only chance of a trophy this season.

Horvat had been appointed only in late December to succeed Rui Vitoria who was let go after a poor start to the season, ahead of which big things had been expected.

The 2019 champions finished second in 2020 and reached the last four of the Champions League.

Then there was around $18 million spent in September on the 2018 South American Player of the Year Pity Martinez.

Losing six of the first eight league games was not on the agenda then and resulted in Vitoria losing his job and Horvat taking over.

The Croatian oversaw an upturn in the team’s fortunes and they climbed up the standings and even, at one point, a top three finish and a place in the 2022 AFC Champions League looked possible.

That is not going to happen now and defeat in the semi-final of the King’s Cup last Sunday against a struggling Al-Faisaly that played 81 minutes with 10 men was hugely disappointing and sealed the fate of Horvat.

It meant that while the 3-2 loss against Damak on Friday was a poor result against a team that is battling against relegation, the decision to change coach had already been taken.

That loss symbolized the inconsistency of the team.

The likes of Martinez only shone in patches, and injuries to other major players, especially 2020 league top scorer Abderrazak Hamdallah, were costly.

At the other end, Al-Nassr’s defense, which conceded 26 goals all last season, has already been breached 33 times this time around.

It remains to be seen whether Menezes can get the best out of what is undoubtedly a talented set of players.

While the Brazilian has coached the most successful national team in the history of football, he had mixed results when in charge of the five-time world champions and his appointment by the nine-time Saudi champions is a gamble.

His only time outside Brazil came in China in 2015. Then, he took Shandong Luneng into the last eight of the Asian Champions League, the best performance that the team had ever managed. At the same time, the club from Jinan slipped into the relegation zone in the Chinese Super League and after just six months in the job, he was heading back to South America after resigning for personal reasons.

Yet with all group games in Asia being played in Riyadh, Al-Nassr should progress to the next stage of the Champions League and if Menezes can finish the league campaign on a high then the mood around the club will receive a welcome lift.

Especially happy will be Musalli Al-Muammar after what is the first major decision taken since he was announced as the new club president on April 1.

The former head of the Saudi Pro League replaced Safwan Al-Suwaiket who was removed following poor management of the club.

Al-Nassr is reported to have debts of around $50 million and has repeatedly made headlines for the wrong reasons this season for failing to pay transfer fees and salaries owed to past players and being involved in a racism row with Al-Shabab in March.

The arrival of Menezes may be a new start. Fans will be hoping that it is.

These were the details of the news Man Utd battle back to gain revenge on Tottenham for this day. We hope that we have succeeded by giving you the full details and information. To follow all our news, you can subscribe to the alerts system or to one of our different systems to provide you with all that is new.