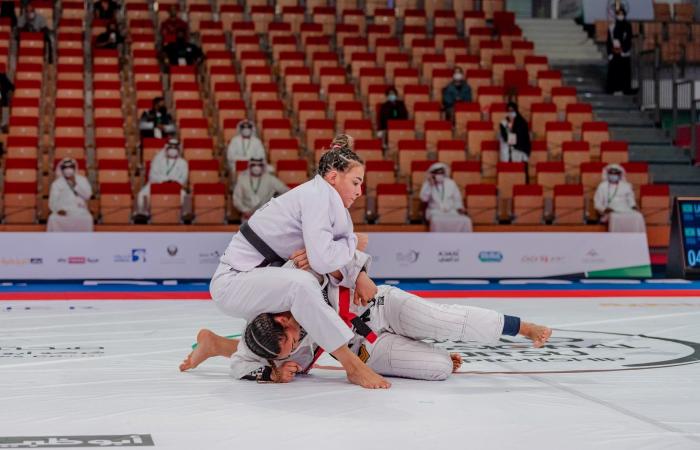 The life of a WWE wrestler is non-stop.

Always training, constantly competing and regularly traveling. It’s no different for me.

Things are pretty good right now and I’ve been busy, mainly competing on 205 Live and Main Event, two of WWE’s weekly shows, which has been great.

I’ve come up against some very talented wrestlers, including the likes of Drew Gulak and Angel Garza, and it’s been important for me to keep challenging myself. The recent match against Angel was great and I managed to get the win. I’ve wrestled him before and he’s a nice guy.

Last week, on 205 Live, I went up against August Grey and we put on an entertaining show. The match ebbed and flowed before I eventually secured the three-count, which gave me a brilliant feeling.

Of course this weekend all eyes will be on WrestleMania 37, WWE’s biggest event of the year, which is set to be hosted by one of wrestling’s biggest icons, Hulk Hogan, alongside Titus O’Neil.

There are a couple of matches I’m looking forward to watching and I must admit it’s always nice to see the people I can call friends perform on the biggest stage.

The Triple Threat match between Edge, Roman Reigns and Daniel Bryan, for the Universal Championship, looks really good, so I can’t wait to see how that one turns out.

Sasha Banks against Bianca Belair, for the SmackDown Women’s Championship, is another exciting match-up. Bianca is great, I met her when she was part of WWE NXT, and she’s always been so hard-working and really kind, so it’s good to see her in that position, and it’s the same with Rhea Ripley, who is facing Asuka at WrestleMania.

Omos is someone I always keep an eye out for as we started in WWE at the exact same time. We had our medicals together when we first signed, so I’m very pleased to see him playing such a prominent role; I’m really proud of him. He will be partnering AJ Styles, against The New Day, for the RAW Tag Team Championship, and I hope they can get the victory.

This will be the first big WWE event in over a year with a crowd in attendance, so it will be good to see how they react to certain people and situations. It’s going to be surreal for the wrestlers, but they will love it.

Titus is a great guy so I’m pleased he will be hosting the event with Hulk Hogan. He’s always around, very friendly, and he does a lot of charity work. He’s a really valued member of both the company and the community.

Earlier this week he was given the Warrior Award at the WWE Hall of Fame Ceremony 2021 in recognition of his outstanding service to his community and beyond, and it was fully deserved.

Away from WWE, this weekend sees the Saudi Classico between Al-Hilal and Al-Ittihad, one of the biggest matches of the football season.

As usual I’ve been keeping a close eye on developments in the Saudi Pro League, especially on the progress of the team I support, Al-Hilal, who are reigning champions and currently lead the league table by three points.

My uncle used to be the president of Al-Hilal, so our whole family follows the club.

We are in a strong position going into the final few games of the season so I’m hoping we can hold on and win the title.

The team has performed consistently throughout the season and deserve to be top of the table; let’s just hope we can see it through.

From Riyadh’s perspective, it’s obviously a big positive to have two really successful clubs with both Al-Hilal and rivals Al-Nassr. I’m really proud to come from the city.

Excellence sharpens excellence and the better the teams and players are, the better the other teams become. It’s similar in wrestling, the higher the competition is, the more you’re pushed to excel and perform better.

WrestleMania 37 can be watched via WWE Network in the MENA region.

These were the details of the news Brazilian fighters supreme on last day of Abu Dhabi jiu-jitsu championship for this day. We hope that we have succeeded by giving you the full details and information. To follow all our news, you can subscribe to the alerts system or to one of our different systems to provide you with all that is new.