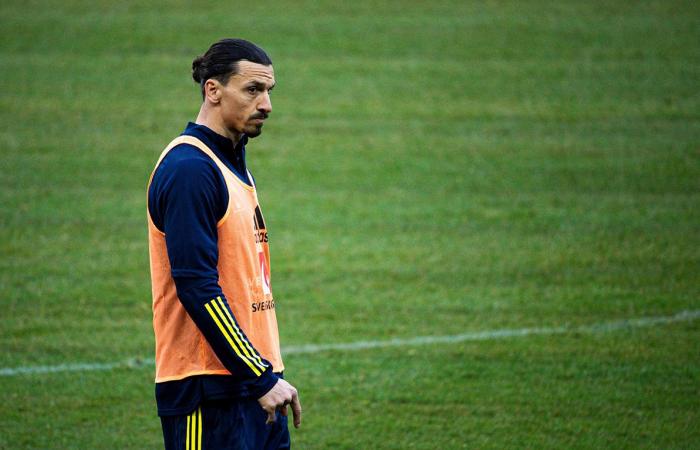 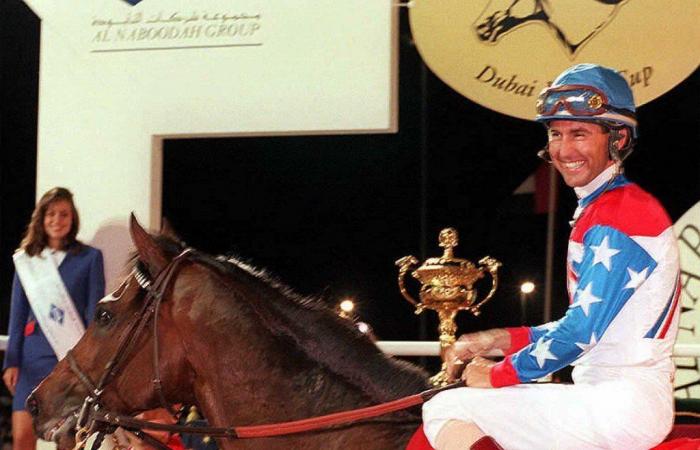 Thank you for reading the news about Durable Ibrahimovic targets playing in 2022 World Cup, at 41 and now with the details

DUBAI: Jerry Bailey felt like he had struck Olympic gold when he won the inaugural Dubai World Cup on Cigar.

The American horse had been wooed to compete in the new race as Sheikh Mohammed bin Rashid Al-Maktoum, ruler of Dubai and vice president of the UAE, attracted talent befitting what was then the world’s richest race at $4 million.

Cigar, with Hall of Fame jockey Bailey on board, did not disappoint as he thrilled the hordes gathered at Nad Al-Sheba with a historic victory for owner Allen Paulson and trainer Bill Mott.

It will be the 25th anniversary of the race on Saturday and Bailey, 63, recalled: “That first year, we didn’t know what to expect. It was almost like going to the moon.

“We didn’t know what the conditions were going to be like, halfway around the world, in the desert.”

Bailey admits that he hadn’t even heard of Dubai at the time, something he feels sheepish about.

“The previous fall, Sheikh Mohammed’s representatives came over and had dinner with the Paulsons, and it was a full-court press trying to get Cigar to come over,” he said. “So when Mr Paulson and Mr Mott decided to go, I was going along for the ride. Cigar was the best horse I’d ever ridden and I was going to follow him anywhere.”

On the day of the big race, Cigar edged Soul of the Matter by half a length.

“To the eyes of people watching, he looked beaten in the middle of the stretch,” said Bailey. “But I could see Cigar idling, waiting for competition and then feel his engine starting to move again. I was never worried.

“It kind of was the Olympics for me. Going over there and competing against the best of so many other countries, that Sheikh Mohammed had gathered for that night, was incredible.

“The silks of the Paulsons were red, white and blue too so it kinda made me feel like an Olympian.”

Cigar, who died in 2014, matched Citation’s mark of 16 successive wins and Bailey, now horse racing analyst for NBC Sports, said he had no discernible weakness.

“He had the speed of a brilliant miler,” the former jockey said. “I was never concerned there was a situation I could not get out of because he had that many gears. To put that many wins together and tie a horse like Citation, who many believe was one of the greatest, is a feather in his cap.

“He was not only great, but consistent, and showed up every time. Cigar was my buddy and elevated my career, a horse I have truly loved.”

It was the first of a record four triumphs for Bailey, with the Sheikh Mohammed-owned Singspiel succeeding a year later after torrential rain had delayed the race by four days.

“Sheikh Mohammed tried everything he could, including helicopters to dry out the course,” he said. “We left that night to come back to the States, not knowing if the race was going to be run at all. My wife Suzee and I got back on Sunday and I got a phone call from my agent to say it had been rescheduled for Thursday.

Bailey was initially unwilling to go back but a call from the trainer, Sir Michael Stoute, and the wishes of Sheikh Mohammed to return made it hard to refuse.

“I packed another bag from my home in New York and went back. Singspiel was a terrific horse to ride, I got a fortunate inside trip and, lo and behold, it was two in a row.”

Captain Steve and Godolphin’s Street Cry also gave him back-to-back wins in 2001 and 2002.

“Bob Baffert wanted me to ride Captain Steve and I was never confident until deep into the stretch,” said Bailey. “Street Cry was incredible, it was really good to win for Sheikh Mohammed again because he had been so generous, so kind,” Bailey said.

“He had runners in the first World Cup, but I think he really wanted Cigar to win, to prove you could come from the States and win a race like that.

Bailey believes what Sheikh Mohammed did with the Dubai World Cup revolutionized racing.

Bailey raced one more time in the event, finishing second on Medaglia d’Oro in 2004 to Pleasantly Perfect. He retired two years later following a 32-year career that brought 5,893 career victories, including 15 Breeders’ Cup wins, despite a battle with alcoholism until 1989.

“I thought it was okay until it got out of control,” said the Texas-born Bailey. “It gave me a sense of urgency in the last half of my career, that I had squandered so many years drinking and mired in mediocrity.

“When I decided to retire there were no second thoughts, no comebacks, I had won pretty much everything I wanted to.”

“Pretty much all my records have been broken and that’s the nature of sport really,” Bailey said. “Frankie looks like he’s in the prime of his career. He’s got three and he can certainly do it.

“Mystic Guide is probably the most talented horse, the fastest, coming over from the States. His best performances were on a wet track so I’m hoping he’s just not a wet track specialist.”

These were the details of the news Durable Ibrahimovic targets playing in 2022 World Cup, at 41 for this day. We hope that we have succeeded by giving you the full details and information. To follow all our news, you can subscribe to the alerts system or to one of our different systems to provide you with all that is new.