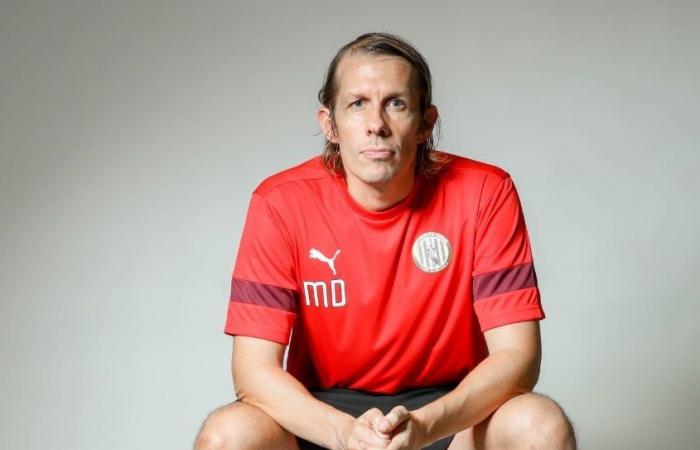 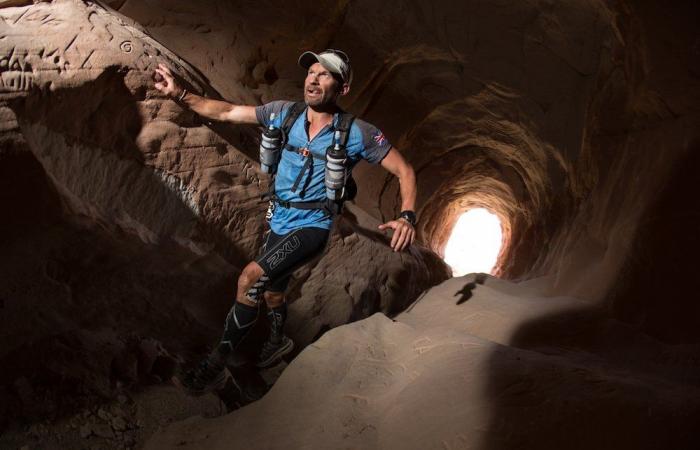 For the Dubai resident, marathons are just not long enough. Now, if you are talking about ultramarathons — those brutal tests of endurance that can range from 50 to hundreds of kilometers, and last from days to over a week — you’ve got his attention.

“Running a marathon had never really been something that appealed to me,” Harris, 50, told Arab News. “I enjoyed running and I used running as a basis for training for other sports. I started running longer distances when I got into my 40s and I thought marathons are based on more speed on the road, and I was looking for a test of skill.”

The numbers involved in ultramarathons, over time, become staggering. Harris has notched up 21,000 klimeters around the mountains and deserts of the UAE over the past decade. The more than 750,000 meters of accumulated ascent and descent is the equivalent of running up and down Mount Everest 42 times.

Harris, a fitness trainer from the UK, became interested in ultramarathons after watching a colleague train for the Marathon des Sables - seven marathons across the Sahara.

He has now been running ultramarathons for more than 10 years, and says such distances require a specific set of skills. Marathon runners race against the clock, but Harris says that as he get older he started to look for the longer, slower run. And bit of outdoor adventure as well.

He was born and raised in the English county of Cornwall and calls himself a “rural person.” He excelled at weightlifting, boxing — for seven years at the Royal Navy — and cross-country running. After mastering how to run a marathon on trail, he managed a 50km ultramarathon in training. His first competitive ultramarathon was the punishing 220km race around Manaslu mountain in Nepal.

For him, it’s all about efficiency. And on the long trails, he had found a physical and mental challenge.

“It’s a bit of a reconnection, when you’re out there you see what mother nature’s really like,” he said. “The environment is fantastic, we lose a bit of that when we live in the cities. The first thing I noticed being out in the mountains, my whole world switches off. There’s so many colors, there are so many smells and the terrain is always different. It doesn’t matter if you run the same route all the time, you always learn something different about it. That’s what mother nature is all about.”

On Friday, Harris will take part in the Al-Marmoom Ultramarathon over 50km.

Joining him will be French Dubai resident Kathleen Leguin who says running an ultramarathon brings out a range of emotions in her, from occasional despair to eventual joy.

“I know now, from experience, there will always be one low moment at some point,” she told Arab News. “It can be in the beginning, in the middle or near the end. When I start I’m always quite happy, excited, and bit nervous at the start line, because I like to do well and compete for the top places,” she added.

“But we know, because the races are so long, that at some point things will not go as planned. I kind of like it because there is a lot of problem solving. And yet toward the end when you see that finish line, it feels good because it’s such a long day out.

“Suddenly you feel like you can go even longer,” said Leguin, 34, before quickly adding: “It doesn’t last long, I’ll be honest. But suddenly you can run faster than what you thought was possible, you do have that extra energy.”

Leguin moved to the UAE in 2010 and only took up running four years ago. After only a year she had already progressed to ultramarathons. Going back is not always exciting for her.

“Shorter distances on roads, I find that to be boring now,” she said. “I’m not the most comfortable at it, but I sometimes like to do shorter races to push myself and get out of the comfort zone. For me, the shorter it is, the more difficult it is. I know it sounds a bit weird but that’s how it is, the roads I found boring but put me on short distance trail, I do enjoy it.

“I prefer it, the more technical and the more we can climb, the happier I am,” Leguin added. “I like running on road and discovering a city, but still the movement is repetitive, I cannot go as along as when you take me on a trail. I can go for hours or days out there.”

With ultramarathons seemingly bordering on spiritual experiences, it’s not surprising the trails themselves have ingrained themselves in the psyche of the runners. For Harris, that first one in Manaslu takes some beating.

“Absolutely amazing race, it will always be my favorite in the sense it was my first one, it got me addicted to it,” he said. “One of the toughest ones I’ve done was the Grand to Grand, which is the 274km, six-stager, over seven days, self-supported race from the Grand Canyon to the Grand Staircase in Utah.”

While the emotion and mindset no doubt play a big part, a runner has little chance of success without mastering the more technical aspects of the ultramarathon.

Runners carry their own gear — including food and nutrition — with them, while the organizers supply water and a tent, often shared with six to eight other competitors. It’s up to each individual to gauge what is needed for the duration of the run.

The participants are given a window of time to complete a certain stage, so the faster they complete it, the more time they save to eat, rest and sleep.

“I’ve done a non-stop 300km self-supported (race) which was the toughest race I’ve ever done and that was in the Oman desert,” Harris said. “It’s 150km over the mountains and then 150km through the Wahiba sands. All they supplied was checkpoints every 15 to 20km, and those checkpoints just supported you with water and you had to carry all your gear with you.”

It took him 89 hours to complete.

Friday’s 50km might seem like a gentle jog in comparison, but Harris hasn’t got to where he is today by disrespecting the task ahead.

“I’m always nervous when I go to these sort of things,” he said. “I’m always looking to improve myself. I’m 50 years old now, the journey never ends, so I’m looking forward to it in that it’s another test of everything that I’ve learned. I don’t know how it will go, the great thing about those things is that they’re an unknown factor. How my body reacts to it, I’ll never know till I get out there.”

These were the details of the news Mads Davidsen bringing a new ‘sustainable’ mindset to Arabian Gulf League football for this day. We hope that we have succeeded by giving you the full details and information. To follow all our news, you can subscribe to the alerts system or to one of our different systems to provide you with all that is new.