Atletico look to Suarez for inspiration in Chelsea match 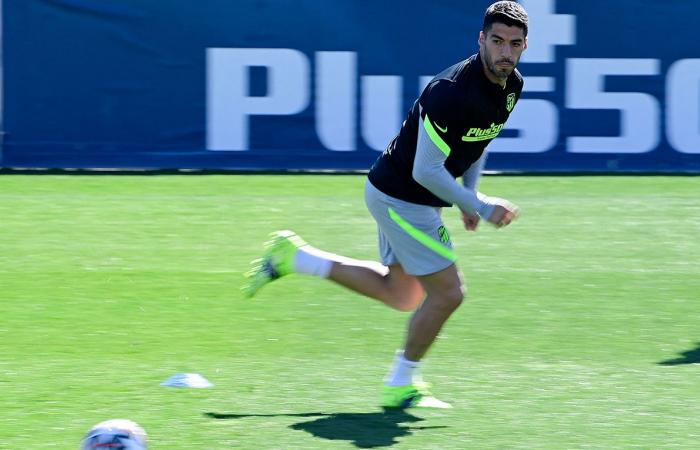 Jeddah - Yasmine El Tohamy - JEDDAH: Saudi female participation across the sporting landscape may be blossoming these days, but in many cases the seeds for the current success were sown decades ago.

Boxing and other martial arts have always been male-dominated sports globally, and across the Middle East and in Saudi Arabia.

But women in the Kingdom are becoming increasingly adept at breaking stereotypes and celebrating their own achievements in sports, and beyond.

Halah Al-Hamrani has been teaching boxing for 20 years and, in 2016, opened her first gym, Flagboxing, in Jeddah. Before the 2020 lockdown following the outbreak of the COVID-19 pandemic, she followed that up with a second center.

However, her journey as a boxing trainer began at her family home, as public gyms for women were rare.

Things have changed rapidly, according to Al-Hamrani, who has seen women’s participation in the sport rise by up to 70 percent in the last two decades.

But more recently, thanks to social media as well as social and cultural changes in the Kingdom, that there has been an explosion in the number of women lacing up their gloves.

“When I first started training people, it was apparent that women were very much interested in combat sports,” Al-Hamrani told Arab News. “I started getting on social media in 2014, and that’s when I started to realize just how many women were interested.”

She said that one reasons women sign up for boxing, beyond the fitness benefits, is that they find it therapeutic.

“You get a lot of different reasons why people join, but most of the time it’s just that they have a lot of internal struggles that they want to let out when they come to the gym,” said Al-Hamrani.

“It’s a way of letting out annoyances that have been going on in their life, punching it out.”

From a health perspective, the trainer said that boxing’s physical benefits are holistic.

“In general, boxing is a full body workout, you’re targeting a lot of the (upper body) muscles, but the legs are involved as well,” she added. “You can reach your optimum shape and fitness levels, but you have to be very patient with the skill aspect of the sport in order to reach your goals.”

Al-Hamrani’s classes benefit from the years of experience she has had tailoring specific routines and exercises for her female students.

“I do a 100 percent work skill and footwork right off the bat,” she said. “If you go to any other gym, they’re going to put you in front of a bag, have you punch the bag without understanding anything about the sport itself. It’s just to release whatever pressure you have, which is great.

“From a fitness aspect, that’s fine, but at the same time, you have to develop better (technical) ability standing in front of the bag,” Al-Hamrani added. “If you want to burn more calories or you want to stay injury free, you cannot neglect the skill part of the sport.”

More than 90 percent of the women who join her classes may not be looking to fight competitively, but she highlights the importance of body form and footwork nevertheless.

“The better your skill, the better you’ll be able to work, the more calories you’re going to shed and the fewer injuries you will develop,” Al-Hamrani said.

With those good, long-term habits in the bag, it won’t be long before we see young female Saudi fighters making their mark competitively in the ring.

These were the details of the news Atletico look to Suarez for inspiration in Chelsea match for this day. We hope that we have succeeded by giving you the full details and information. To follow all our news, you can subscribe to the alerts system or to one of our different systems to provide you with all that is new.