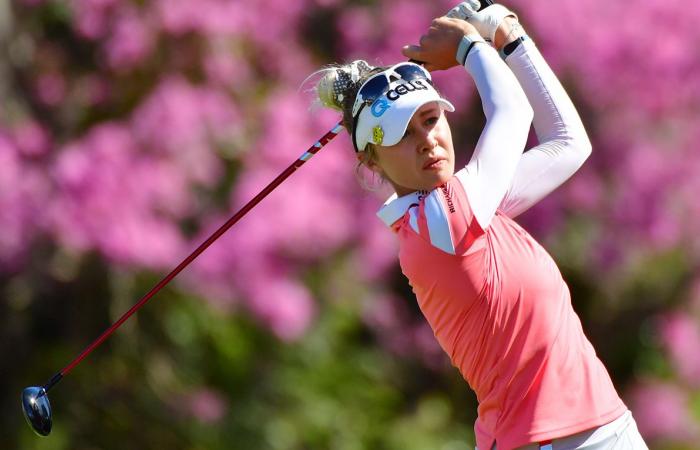 That seems to be the attitude of Saudi female athletes increasingly taking matters into their own hands. Women footballers and motor-racing drivers in the Kingdom have rightly been making the headlines recently.

But a group of six female showjumpers have been riding the wave of change even before societal reforms swept through the Kingdom and brought gender equality to the fore, as part of its Vision 2030 goals.

For years, the group of friends would attend showjumping competitions throughout the season as spectators. Until one day, while at an Equestrian Federation show in Jenadriya, they decided to establish an organization that would cater to their love of the sport, and allow them to compete on equal terms with male show jumpers.

They named it the Equestrian Union.

“Equestrian Union is an initiative that we started as Saudi female riders back in 2015, addressing the fact that there were no competitions that allowed female participation in Saudi Arabia at that time,” Mashael bint Mansour Binsultan, one of the founding showjumpers, told Arab News. She has been riding horses for the past 20 years.

“We had top imported horses, professional trainers, private stables and all the unconditional support of our families. We trained daily and took care of our horses; it was a lifestyle,” she added.

There was further positive change when in 2019, the Equestrian Federation opened up opens up participation for all female riders.

After that, progress has been rapid. In December 2019, 13 female Saudi equestrians made their home debut as part of the Diriyah Season, competing with their male counterparts for the first time ever in the Kingdom.

“We (had) started planning and managing events during the winter season since 2015, which shed light on showjumping competitions specifically but also included many other aspects such as cycling, hiking, archery, promoting local Saudi brands, food trucks, and horse trails,” Binsultan explained. “As a result, we gained experience in managing and organizing shows and events.”

Their first show took place in October 2015 and met all the standards of the Fédération Equestre Internationale (FEI).

“We want to continue promoting not only showjumping, but also social family-oriented sporting events and recreational activities, which is one of the main strategic goals of the Saudi Vision 2030,” Binsultan said. “Our families and friends were extremely supportive since the beginning. We were also fortunate enough to get added technical experience and support from local and international companies that sponsored some of the showjumping classes.”

Mansour AlMugatti, an international course designer and judge, continues to lend his support with the events to this day.

Binsultan said, under the administration of the Minister of Sports Prince Abdulaziz Bin Turki, equestrian tournaments, in particular the Saudi Cup, are joining some of the highest profile events in the Kingdom — such as Formula E, the Clash on the Dunes heavyweight boxing bout, the Diriyah Tennis Cup and the Asian Games 2034.

Moreover, Saudi Arabia will host international four and five star showjumping events in Riyadh during the 2020-2021 season, and the Equestrian World Games 2024.

“I was immediately interested as, at the time, we did not have shows that allowed women to compete in Saudi Arabia and it was a fun way to spend the day with my friends, family and horses,” Bandar told Arab News. “I have always been into horses. I really don’t know why or how it started but both my parents rode as children and encouraged me when I expressed interest. I have a lot of family members who owned horses so I have always been around them.”

Bandar believes the Union provides a platform for equestrian lovers to practice their skills, without the pressures that comes with competing at a federation show.

“It’s a great place to come to if you are a beginner, someone with a new horse or even someone wanting to get in extra ‘schooling’ with your horse,” said the 26-year-old. “It’s also important because, a lot of the time, riders spend weekends at shows away from their family and friends, and with Equestrian Union, they can have a day out and enjoy it with their family members and loved ones.”

Alruwaita’s passion for horse-riding began at the age of 15 and alongside a friend, she went on to open “Tack Shack”, an equestrian goods store in Riyadh.

“I loved it,” she said, addressing the changes that have taken place in the Kingdom over the last decade. “Everything changed, the sport itself, the type of competitions and even the riders. Today, we have more competitions, the riders’ levels have improved, and there are more people involved.”

For Binsultan, the success of the Equestrian Union is down to the opportunities have presented themselves in the wake of societal and social change in the Kingdom.

“Everyone can see the reform that Saudi Arabia is going through with the leadership of (the Custodian of the Two Holy Mosques) King Salman, and the ambitious vision of the Crown Prince Mohammed Bin Salman,” Binsultan said. “The vision touches on all aspects of life across all social and economic dimensions, with a strong focus on enhancing the quality of life with a specific focus on human well-being through the promotion of the sports sector. We wish all the best to our Kingdom and hope we can be a part of this optimistic vision.”

These were the details of the news Sister act as Korda romps to Gainbridge LPGA win for this day. We hope that we have succeeded by giving you the full details and information. To follow all our news, you can subscribe to the alerts system or to one of our different systems to provide you with all that is new.