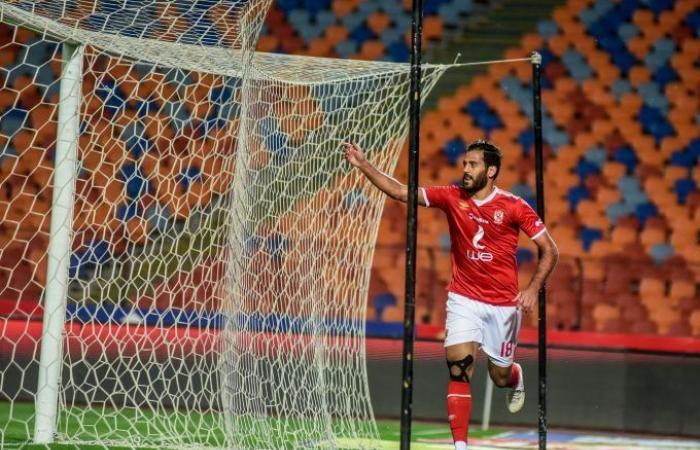 Mohsen has struggled in the past few months and has been under heavy criticism for his poor goalscoring record with Al Ahly.

The 31-year-old striker has been on a goal drought for quite some time. He made only five appearances across all competitions without scoring any goal this season.

“I tell the fans that Marwan is a good player and all managers agree on this. It’s normal to have some bad luck,” Komsan told ON Time Sports.

“Karim Benzema was being criticised at Real Madrid and now he is their main player. I call Al Ahly fans to support Marwan because he needs it.”

“He helps us in a lot of times. He shouldn’t be prejudiced.”

Overall, Mohsen has 93 games to his name since moving to Al Ahly in July 2016 from Ismaily, scoring 22 goals while providing seven assists.

He won four league titles, one Egypt Cup, one Egypt Super Cup, and 2020 CAF Champions League during his time in Cairo.

These were the details of the news Al Ahly assistant coach resembles Marwan Mohsen’s difficulties to Benzema for this day. We hope that we have succeeded by giving you the full details and information. To follow all our news, you can subscribe to the alerts system or to one of our different systems to provide you with all that is new.