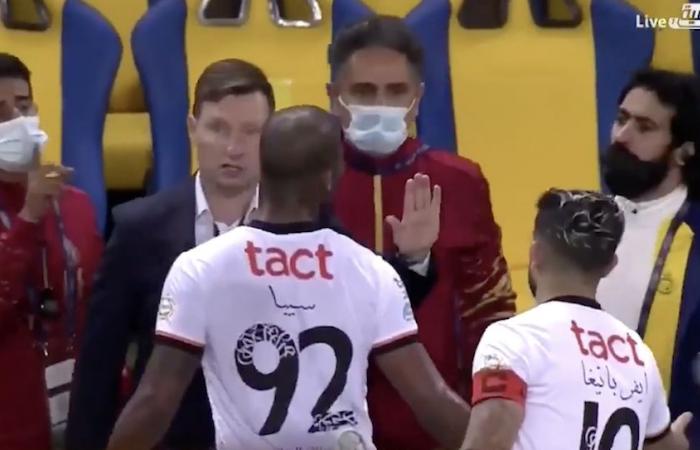 Jeddah - Yasmine El Tohamy - RIYADH: Razvan Lucescu may have left his position as Al-Hilal head coach on Sunday, but the feeling on all sides seems to be amicable, including in the coach’s native Romania, where there is confidence that the country’s special football relationship with Saudi Arabia will continue.

The coach, who won the 2019 AFC Champions League, the 2019-20 King’s Cup and the 2019-20 Saudi Pro League, was dismissed hours after a 1-0 defeat at struggling Damac saw the Riyadh giants in third place in the league, with just two wins in their last nine games.

On Monday, the 51-year-old Romanian gave an emotional farewell to his former players at the club’s training ground. “Together we won the Champions League, the Championship and the Cup. We were a force together and we made history, and I thank you,” Lucescu said.

“Do not think that I am crying here just because of crying, but these are the feelings that I feel,” he said. “We achieved a big dream and experienced beautiful and unforgettable moments. What will remain in our minds for me and my staff is the appreciation from everyone at Al-Hilal.”

The feelings were reciprocated with warm words from the club, while there has been more sadness than anger in Romania. Images of Lucescu hugging his players were widely shared in the country.

“It was a big subject in Romania and all the media covered it,” Romanian football journalist Emanuel Rosu told Arab News. “But it didn’t come as a surprise, as the rumors of his dismissal started a few weeks ago. It’s sad that it finished like this and that he couldn’t end the campaign.”

It is not just Lucescu’s farewell that was big news. Fans and media in Romania have been following every step of the coach’s journey in the Kingdom.

“People have been paying attention ever since he took charge, and after each of Razvan’s games there were reports in the Romanian media,” said Rosu.

Al-Hilal’s AFC Champions League win in 2019 was a huge story in the European country. “It was reported as a big success for Romanian football. In fact, his results in 2020 brought Razvan the award of joint best Romanian manager of the year.”

Lucescu shared the prize with another former Al-Hilal boss, Cosmin Olaroiu, who won the league in China with Jiangsu. There have been other coaches and players that have traveled from Romania to Riyadh and all over Saudi Arabia over the years, something that is symbolic of the two countries’ close football relationship.

Rosu said that the relationship will endure and that coaches from the Romania will not be deterred Lucescu’s dismissal and the high-pressure world of Saudi Arabian football.

“Romanian managers who worked in Saudi Arabia don’t think it is much different than working in Romania, to be honest. Many of them even lasted longer in Saudi Arabia than they did at home.”

The fact that standards are improving at Saudi Arabian clubs also helps. “They now have good players more than ever and they pay good salaries, so I guess coaches are super tempted to go. Lucescu had a great relationship with the management before the end of last year; he always mentioned the support and vision of the club.”

Lucescu is unlikely to be too concerned with losing that support and job. The coach walked away with a contract payout reported to be worth about $2 million, and has already been linked with Italian club Parma.

The two-time UEFA Cup winners are languishing just one place from the bottom of the Serie A table, with just two wins all season and none since November. There is growing speculation that the days of coach Roberto D’Aversa are coming to an end.

Lucescu’s name is already in the mix, not least because he had a short spell in Italy as a player in the 1990s — the same decade that his father, Mircea Lucescu, coached Inter, Pisa, Brescia and Reggiana.

“Razvan Lucescu sounds good in Parma,” Italian coach Cristiano Bergodi told Romanian television. “He is a coach that I consider very good; he is one of the best Romanian coaches. He also speaks Italian well, he has no problem.”

Rosu also expects Lucescu to stay closer to home this time around. “I guess he’s willing to try and become a coach in Europe. He deserves a chance at a decent club. He’s mature enough and it comes after a great time at PAOK and Al-Hilal, so I think he should step into the European scene.”

However, Lucescu’s departure does not mean the end of Romanians heading to Saudi Arabia, as the special relationship will continue to grow.

These were the details of the news Racism row overshadows Riyadh football derby  for this day. We hope that we have succeeded by giving you the full details and information. To follow all our news, you can subscribe to the alerts system or to one of our different systems to provide you with all that is new.