Klopp ‘full of energy’ to meet challenge of Liverpool slump 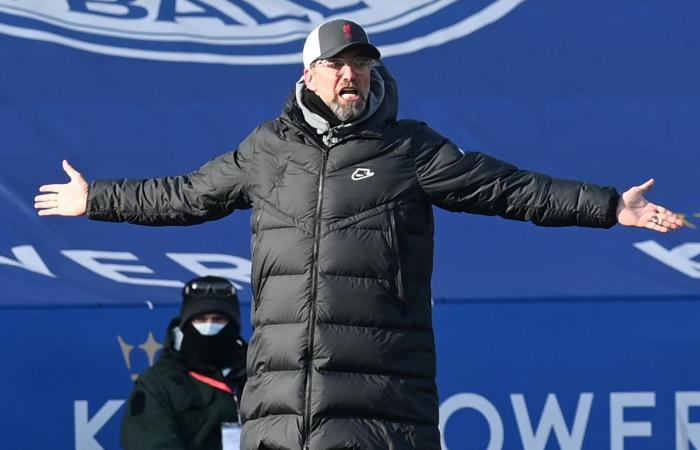 Jeddah - Yasmine El Tohamy - DUBAI: When it comes to Arab players currently plying their trade on foreign shores, there’s only one place to start.

With the firing Mohamed Salah and his misfiring Liverpool.

One way or another, the Egyptian King continues to be the most high profile Arab footballer playing in Europe by some distance.

Liverpool’s season may be stumbling from one farce to another at the moment, but through all the chaos Salah has somehow maintained his goalscoring form. On Saturday he gave Liverpool a 1-0 lead over Leicester City with a wonderful finish from Roberto Firmino’s sensational assist, before a capitulation and 3-1 loss meant it was all for nothing.

Still he remains at the top of the Premier League’s goalscoring charts with 17 goals. And he didn’t take the defeat quietly either.

In what can be described as an uncharacteristically bullish post on twitter he wrote: “It’s been a tough period for many reasons. We are champions and we will fight like champions, until the very end. We will not allow this season to be defined by the recent results we’ve had. That is my promise to all of you.”

Liverpool’s season could yet be defined by the Champions League (winning or qualifying for next season’s competition), but at least his fighting words gave the club’s suffering fans some hope as they wave goodbye to Manchester City who are disappearing over the horizon in the Premier League title race.

Pep Guardiola’s team strolled to a 3-0 win over Tottenham, with Riyad Mahrez making an 80th minute substitute appearance when the result was beyond doubt. The Algerian winger still had enough time to pull off a wonderful jinking run inside the Tottenham area but was denied what would have been a goal of the season contender by a desperate block.

With Manchester United drawing 1-1 with West Bromwich Albion the following night, City’s lead at the top of the table is now seven points (with a game in hand) and it’s looking increasingly likely that Mahrez will be claiming another Premier League medal at the end of the season. It would be his second with City, and third overall when you include his still scarcely believable one with Leicester City in 2016.

On Sunday, Salah’s international colleague Mohamed Elneny made 78th minute substitute appearance for Arsenal in what must increasingly be a Groundhog Day existence for him.

You just never know what Mikel Arteta has up his sleeve.

Elneny himself had tweeted a video ahead of the match, of him reciting a verse from the Quran, which resulted in plenty of praise from his millions of followers.

In the end, Arsenal did not need any divine intervention to beat Leeds 4-2 at the Emirates Stadium, thanks to Aubameyang’s hat-trick and Saka’s brilliance.

Elsewhere in the Premier League, Aston Villa’s two Egyptians, Ahmed Elmohamady and Trezeguet, were both second half substitutions in the second half of the 0-0 draw at Brighton, a match that strengthened the widely held belief that Villa keeper Emiliano Martinez has been the signing of the season so far.

Meanwhile, in Italy, Achraf Hakimi continues to excel for Inter Milan, playing his part in a 3-1 win over Lazio that saw Antonio Conte’s team leapfrog city rivals AC Milan to top the Serie A table. Just how real Madrid allowed the 22-year-old Moroccan to go becomes more of mystery with every passing week.

Finally, Ajax’s love affair with Moroccan footballers continues in the Dutch Eredivisie. On Saturday the 23-year-old Noussair Mazraoui started at right-back in the 2-0 away win at Heracles Almelo, while his compatriot and midfielder Zakaria Labyad came on with three minutes left to at least claim a win bonus.

And speaking of which, didn’t Chelsea spend €44 million ($53.3 million) on a hugely talented Moroccan winger from Ajax last summer?

Over to you, Hakim Ziyech.

These were the details of the news Klopp ‘full of energy’ to meet challenge of Liverpool slump for this day. We hope that we have succeeded by giving you the full details and information. To follow all our news, you can subscribe to the alerts system or to one of our different systems to provide you with all that is new.