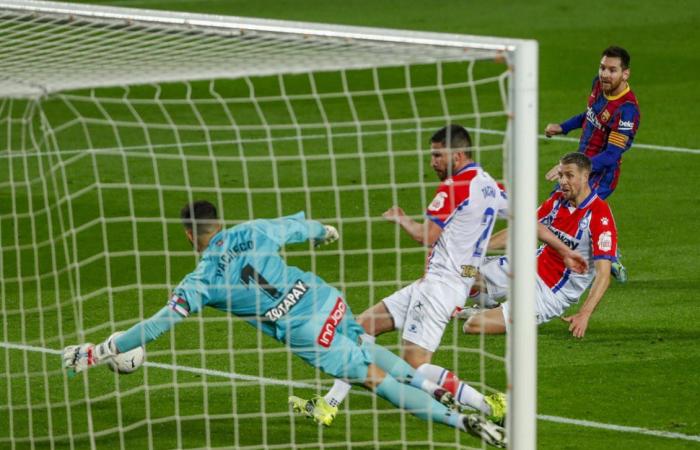 Jeddah - Yasmine El Tohamy - LONDON: Rampant Manchester City will relish a shot at revenge against Jose Mourinho’s Tottenham on Saturday while fading Liverpool face a tricky trip to Leicester hoping to benefit from a rare week off.

City hammered Liverpool 4-1 at Anfield last weekend to open up a five-point lead over second-placed Manchester United at the top of the table with a game in hand.

Pep Guardiola’s men have not tasted defeat in 22 games in all competitions, since they faced Tottenham in November.

Victory for Mourinho’s men that day took them top of the table and eight points clear of City. But there has been a 22-point swing between the sides since as Spurs have tumbled down to eighth.

Once fierce rivals vying for superiority at Barcelona and Real Madrid, a 25th meeting between Guardiola and Mourinho comes at a time of contrasting fortunes for two of the world’s most-decorated coaches.

Mourinho is under pressure after a run of four defeats in five games, while Guardiola is targeting an unprecedented quadruple of trophies.

City set a new English record of 15 consecutive victories for a top-flight team by reaching the FA Cup quarterfinals on Wednesday.

“It means and shows how special these players are,” said Guardiola.

“In this toughest period, in the Christmas and wintertime, to do what we have done so far is quite remarkable.”

A big week for City could go a long way to securing a third league title in four years. They visit Everton for their game in hand on Wednesday and then travel to Arsenal next weekend.

“The important thing is the way we are still playing and our consistency,” added Guardiola.

“We are just thinking of the next one and we have an incredibly tough week ahead of us.”

Jurgen Klopp admitted the height of Liverpool’s ambitions was now finishing in the top four to guarantee Champions League football next season.

The Reds have won just three of their past 11 games, culminating in their collapse late on to City.

A stubborn injury crisis has left the defending champions looking physically and mentally drained, so a rare midweek off due to their early exit from the FA Cup may come as a blessing ahead of their visit to the King Power.

Leicester sit third and are determined to avoid the mistakes they made last season, when they let a promising position slip in the final months of the campaign to finish fifth.

The Foxes will be boosted by the return of talisman Jamie Vardy after the 34-year-old made his first start since groin surgery against Brighton in the FA Cup in midweek.

Liverpool center-backs Ben Davies and Ozan Kabak, signed on transfer deadline day, could feature after Klopp opted not to throw them in at the deep end against City.

If Manchester United are to have any chance of keeping the title race alive, Ole Gunnar Solskjaer’s men must snap out of a slump in which they have won just one of their past five games without the need for extra-time.

United could not ask for more inviting opponents this weekend, with West Brom showing no signs of a revival since Sam Allardyce’s appointment in December to maintain their top-flight status.

The Baggies have conceded 24 goals in their past six home games and are 12 points adrift of safety, in 19th spot.

Klopp does at least now have some center-back cover with new recruits Ozan Kabak and Ben Davies, signed on transfer deadline day earlier this month, available to make their debuts at the King Power for a crucial game in the battle for a top-four finish.

However, hopes he could return to his usual role for Tuesday’s Champions League last 16, first leg against RB Leipzig have been dashed with the 27-year-old now a doubt.

“Fab will not be available,” said Klopp on Friday. “He suffered again a little muscle issue, so will be out for this game.”

Klopp also confirmed that Portuguese forward Diogo Jota is still two to three weeks away from making his return from a knee injury suffered in December.

These were the details of the news Lethal Messi leads Barca to thumping Alaves win ahead of PSG test for this day. We hope that we have succeeded by giving you the full details and information. To follow all our news, you can subscribe to the alerts system or to one of our different systems to provide you with all that is new.