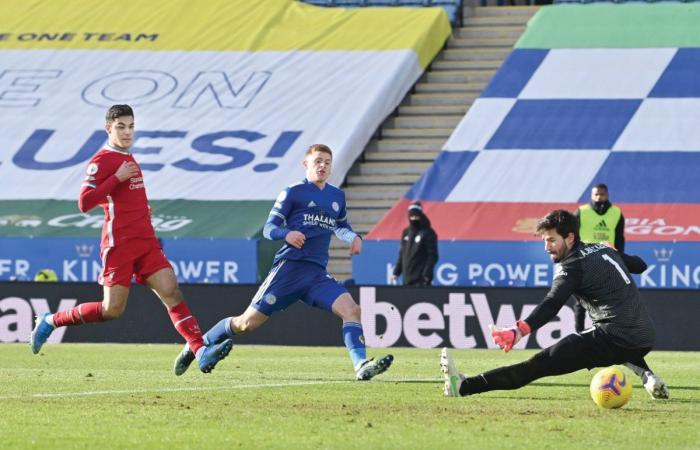 In their respective leagues Liverpool have won just two of their last nine with the Riyadh giants recording just two victories in eight. It is perhaps no surprise then that Al-Hilal coach Razvan Lucescu likened his team to the English giants when he was asked on television on Tuesday about recent form following a welcome 5-0 win at Al-Ain.

“I do not follow the media and don’t feel external pressures.” said the Romanian.

“It is natural for these teams to go through a period of decline after having historic success last season.  This is happening now with Liverpool, Bayern and Paris, who won the league last season.”

Unlike Liverpool, who have been a shadow of their former selves of late, the coach believes that Al-Hilal are playing pretty well.

“Despite the decline in the results, we have produced good performances, kept possession well and controlled the matches but bad luck, fatigue and injuries affected the results.”

Lucescu has a point. Al-Hilal were not quite as dominant in Saudi Arabia last season as Liverpool were in England but won the league by eight points just months after winning the continental championship and some of Liverpool’s issues can be found in Riyadh too.

Injuries have played a part at Anfield and while the situation has not been as serious at the King Fahd International Stadium, Lucescu has been without key players. He lost his captain for the rest of the season with Salman Al-Faraj, also skipper of the Saudi Arabia side, having surgery.

The midfielder picked up a foot injury in the recent 3-0 loss to Al-Nassr in the Super Cup final -another disappointing result - and is likely to be out for the rest of the season.

Star goalkeeper Abdullah Al-Mayouf, a stalwart in the title campaign, has been absent.

Liverpool have seen stars such as Roberto Firmino and Trent Alexander-Arnold, who have shone brightly for so long, experience an understandable dip in form.

Like Mo Salah, Bafetimbi Gomis tops the scoring charts but is not as devastating as last season when he scored 27 league goals in 29 appearances.

Before his four-goal haul against Al-Ain, the former French international had scored eight in 16.

Sebastian Giovinco has yet to get forward to the same extent this season and has yet to get on the scoresheet after doing so seven times in the title-winning campaign.

Al-Hilal also miss the creativity and the goals of Carlos Eduardo who went to Shabab Al-Ahli in Dubai last August.

In short, Al-Hilal don’t have the same firepower as last season.

There are differences between the two teams however. There was less time for Al-Hilal to rest between seasons - a month compared to Liverpool’s almost-three.

And then there was the resumption of the 2020 AFC Champions League in September.

The Saudi Arabians negotiated their way through the group stage but were forced to withdraw after a major coronavirus outbreak infected more than 30 people at the club.

If elimination was the short-term consequence, it is hard to say how much that affected the team in the medium term but it can’t have helped.

There hasn’t been much of a break since with 33 games taking place in the last six months.

The other difference is a positive one. Barring a major turnaround, Liverpool are highly unlikely to win the title as they are stuck 10 points behind Manchester City, a team that has won the title four times inside the last decade.

Al-Hilal are just two points behind A-Shabab. The current leaders are in good form with five wins from the last six and have just added Nigerian striker Odion Ighalo from Manchester United but they have not been champions since 2012.

While Al-Hilal’s form has seriously dipped and it needs to improve and quick, the team are still very much in the mix. If Al-Shabab fail to beat Al-Nassr on Saturday, a possibility with last season’s runners-up in great form, then Al-Hilal will go top with a win against the struggling Damak.

That is the plan according to Lucescu. “We were working to get out of this difficult stage and we have to work hard to improve ourselves and then the circumstances around us will improve. For now we have to focus on the next challenge against Damak and we will prepare well and do our best to win.”

Instead of Liverpool, he prefers to be compared to the current leaders of the English Premier League who came through a bad patch of their own to become odds on to be champions once again.

"I remember Manchester City were criticized by many in the months of October and November but with the recent results, there is now a lot of praise.”

These were the details of the news Alisson blunders again as late Leicester blitz rocks Liverpool for this day. We hope that we have succeeded by giving you the full details and information. To follow all our news, you can subscribe to the alerts system or to one of our different systems to provide you with all that is new.