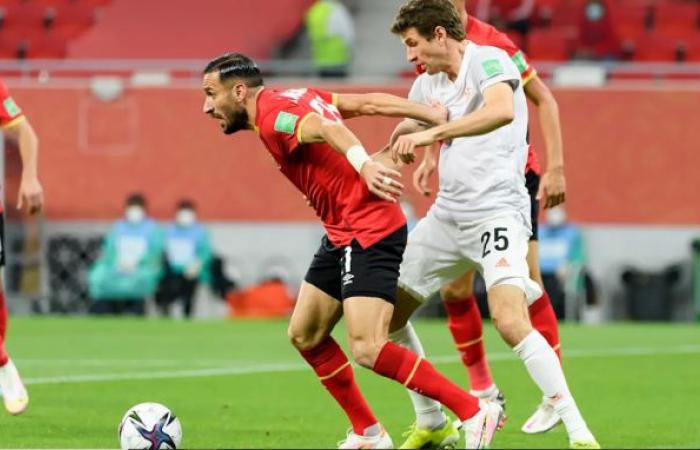 Dubai - Yasmine El Tohamy - Al Ahly star Ali Maaloul has been ruled out of the Reds’ clash with Palmeiras in the Club World Cup third-place play-off.

Ali Maaloul started the game, but couldn’t continue the first-half as he fell down on the ground, before being replaced by Yasser Ibrahim.

His agent John Edward has revealed that the Tunisian has pulled his hamstring and will be sidelined for at least 10 days, meaning he will miss the Palmeiras clash.

Maaloul will become the third Al Ahly player to miss the game alongside Hussein El-Shahat and Mahmoud Karhaba who FIFA suspended after violating the precautionary measures.

These were the details of the news Massive blow as Al Ahly star ruled out of Palmeiras clash for this day. We hope that we have succeeded by giving you the full details and information. To follow all our news, you can subscribe to the alerts system or to one of our different systems to provide you with all that is new.