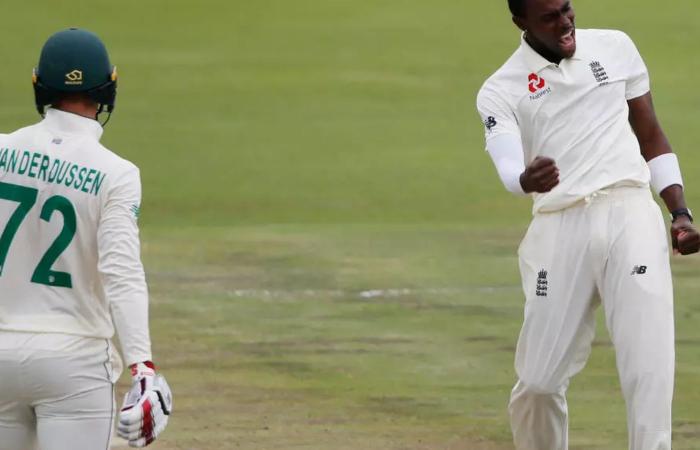 Mohamed Nass - Dubai - England pace bowler Jofra Archer said racism should be "addressed properly" after he posted on his Instagram account racist messages he had received.

The 24-year-old has been subjected to racist abuse in the past, notably during the second Test defeat by New Zealand last year.

A spectator was subsequently banned from international and domestic matches in New Zealand for two years.

Archer - who in just seven Test matches since making his debut last year has taken 30 wickets including three five-wicket hauls - said it beggared belief people could post such hateful things.

"I will never understand how people feel so freely to say these things to another human being," he said.

"I have given a lot of thought about reacting to this and I hope that no one else has to deal with stuff like this on a regular basis, it isn't ever acceptable and should be addressed properly in my opinion."

Archer is presently recovering from a stress fracture of his right elbow but is seen as the future point man for England pace bowling with Stuart Broad set to turn 34 in June.

Aside from his impact at Test level the Barbados-born Sussex star also held his nerve when he bowled the decisive Super Over that saw England edge New Zealand in the World Cup final last year.

These were the details of the news England paceman Archer hits out at racist abuse for this day. We hope that we have succeeded by giving you the full details and information. To follow all our news, you can subscribe to the alerts system or to one of our different systems to provide you with all that is new.