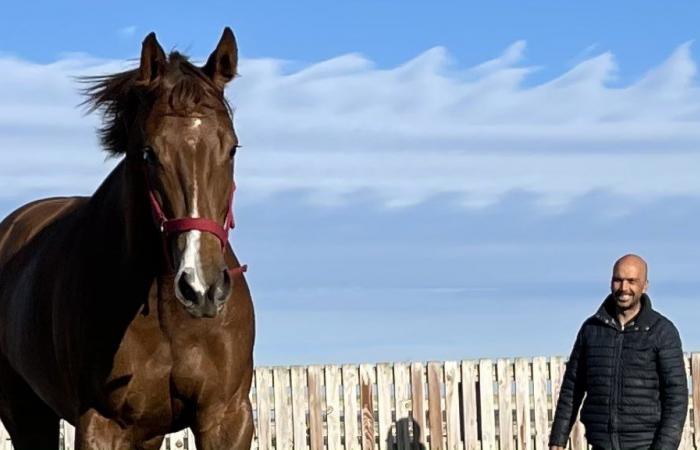 Jeddah - Yasmine El Tohamy - RIYADH: While all eyes will inevitably be focused on the $20 million Saudi Cup on Feb. 20, the same card offers seven other top races worth $10.5 million, not to forget four the previous day in the International Jockeys Challenge.

Last year, some of the races at the King Abdul Aziz Racecourse proved as memorable as the main event, with historic debut wins for female riders and successes for several local participants.

The 38-year-old, who is one of his home country’s top trainers, will run Noray and Federico in the 2,100-meter contest on Feb. 19.

Leon said: “Noray is a very strong horse, he’s been one of the top horses in Spain for the last three years. He’s a nine-year-old but he’s still got the will to win and he keeps himself very sound.

“He finished last season well but a little tired, so we gave him a rest in December, and he put on quite a bit of weight. We took him to Madrid for a gallop last Sunday and that will help him a lot. In two weeks, he will be 100 percent ready.”

The race, which will take place the day before the Saudi Cup, is open to horses trained in countries not included in the International Federation of Horseracing Authorities’ Part One nations.

“(Noray) is a horse who likes to set a fast pace from the beginning. He’s a very strong puller, you just have to let him roll. He’s been running well over 2,000 meters and we hope on a flat track like in Saudi he will last the extra 100 meters.

“He’s a very quiet horse, very strong minded. Both my horses are very professional so I’ve no worries about the travelling,” he added.

While Noray enjoyed a fine end to last season completing a hat-trick over 2,000 meters at La Zarzuela, Federico was also successful at the Madrid track over 2,200 meters in October.

Leon said: “Federico has been in the best form of his life in the last few months, he’s never been in such good condition. He’s always been a good horse, a bit lower than Noray in the ratings, but they galloped together (last week), and everyone thought Federico worked better. He also has a very good chance.

“He’s perhaps better over 2,400 meters but this distance will be fine for him. He likes to come from the back – totally different from Noray. He needs a good pace because he hasn’t got a fast turn of foot. He comes home very well and stays very well.”

Leon, who finished third in last season’s Spanish trainers’ championship, moved his 36-strong team to a state-of-the-art yard in Milagro, Navarra in northern Spain, just an hour from the tracks of southern France, in November.

He is well-versed in moving horses to some of the world’s biggest meetings. In 2014 he sent Noozhoh Canarias, who had finished runner-up in the Group 1 Jean-Luc Lagardere at Longchamp on L’Arc de Triomphe day, to contest some of Britain’s top races.

He finished sixth in the 2000 Guineas at Newmarket behind Night of Thunder, Kingman, and Australia, and returned later in the season to fill the same position behind Slade Power in the July Cup.

Leon, who grew up in Gran Canaria, added: “He ran really well in the 2000 Guineas and it was a very strong race. I was proud just to show that we deserved to be there.”

Now Leon will head to King Abdul Aziz Racetrack in Riyadh with two live chances in the $500,000 Al Rajhi Bank International Handicap, 24 hours before some of the world’s best horses battle it out in the Saudi Cup.

He will put the finishing touches to the preparations of Noray and Federico before the pair ship to Saudi Arabia on Feb. 14.

“It’s not our first experience at this level but we don’t get too many chances in these races so it’s very exciting for us. We’re looking forward to it,” he said.

These were the details of the news Saudi Cup weekend card promises thrills ahead of showpiece event for this day. We hope that we have succeeded by giving you the full details and information. To follow all our news, you can subscribe to the alerts system or to one of our different systems to provide you with all that is new.