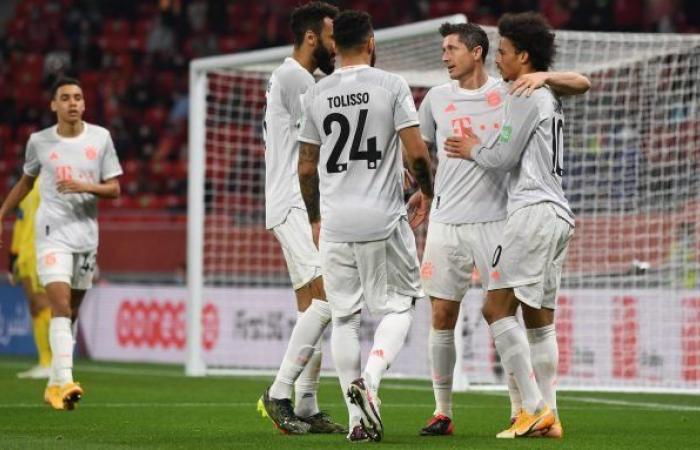 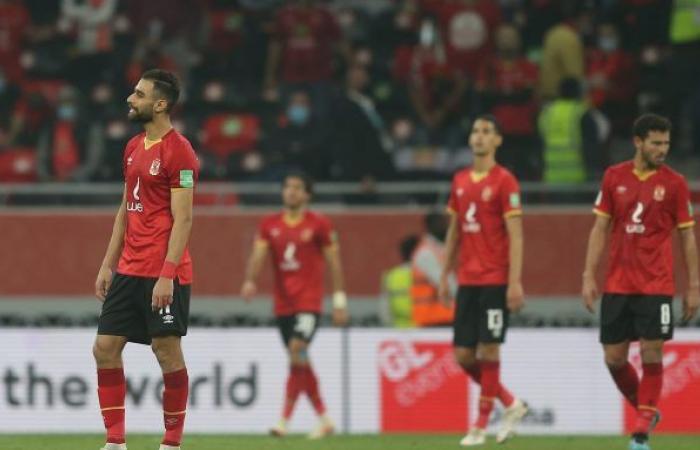 The draw had set the Red Devils in a big meeting against Bayern Munich in the semifinal where they hoped to achieve the target of making the Club World Cup final for the first time in six appearances.

Bayern have completely set control to the game from the first minute as they aimed to secure the victory early.

The first chance for the European champions came in the ninth minute through Pavard who crossed the ball inside the box to Gnabry whose header went well over the bar.

In the 14th minute Thomas Muller had a big opportunity to open the scoring when he was unmarked but his close range header was straight at El-Shennawy.

After few attempts, Lewandowski managed to put Bayern ahead in the result after a low cross from Coman that was uncleared from Al Ahly defense to reach Gnabry who squared it to Lewandowski to score from five yards.

Al Ahly had their main and only chance of the half when Mohamed Hany went down the right flank and played a cross that Taher Mohamed Taher nodded with his head but it was easy for Neuer to collect.

The FIFA The Best Men’s Player of the Year missed a big chance to double the lead when received a pass from Kimmich and went 1v1 with El-Shennawy but his chip was way over the bar.

In the second half, the Red Devils started better with being compact and short range passes.

In the 48th minute, Kahraba failed to control an accurate long pass from Hany but Hussein El-Shahat collected the ball, dribbled past Coman and Marc Roca but his shot was blocked.

Bayern regained ball possession once again during the half with shy attempts from Al Ahly to hit on the break but they were unsuccessful.

Lewandowski absolutely secured the result with a second goal after tapping the ball with his head taking advantage of Leroy Sane’s cross from the right side for the Germany champions to win 2-0.

These were the details of the news Lewandowski brace downs Al Ahly in Club World Cup semifinal for this day. We hope that we have succeeded by giving you the full details and information. To follow all our news, you can subscribe to the alerts system or to one of our different systems to provide you with all that is new.