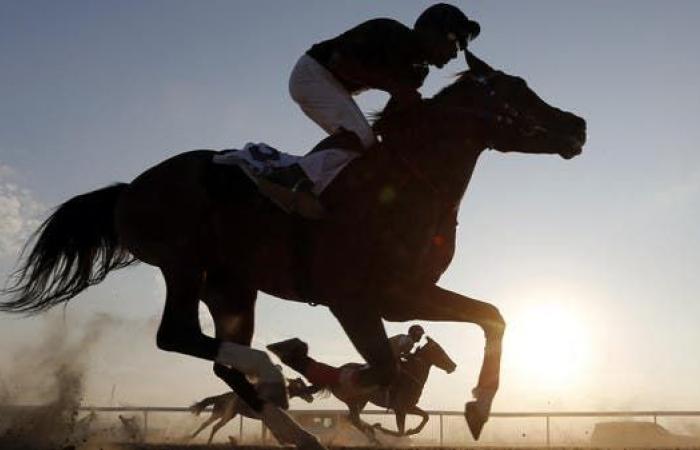 Jeddah - Yasmine El Tohamy - DUBAI: When the Diriyah E-Prix double-header takes place on Feb. 26 and 27, one person in particular will sit back and take extra pride in the spectacle unfolding in front of him.

Carlo Boutagy is the CEO of CBX, the sole regional promoter for Formula E in the Middle East. Whether it is setting up the stands, selling the trackside advertising or selling early bird and hospitality tickets, CBX, by working on the marketing plan with the Saudi Ministry of Sports and Saudi Arabian Motorcycle Federation (SAMF), makes it all happen.

Sadly, the COVID-19 pandemic means there will be no fans at 2021 Diriyah E-Prix. Still, it is no less work for Boutagy.

“We’re basically an extension of Formula E, representing the organization in the region,” he said. “Any client that wants to get a sponsorship deal globally with Formula E, if their headquarters are in this region, the GCC and MENA region, they send them to us.”

It is a massive undertaking for Boutagy, who is of Lebanese and Bahraini origin, but 12 years working in Formula 1 has proved the perfect education.

“It was the best university for me,” he said. “You learn every day and everywhere of course, but F1 being the pinnacle of motorsport teaches you in a different way. I was in Formula 1 for a total of 12 years. I grew up in the paddock, I was there since I was eight years old, I know the ins and outs.”

For that eye-opening childhood around Formula 1, Boutagy has his father to thank.

“My father was going to the paddock all the time, he was friends with people there so I was lucky enough to grow up in it.”

Boutagy was born in Canada and brought up partially there, and in Monaco and Saudi Arabia, where his family has been living for the past 45 years.

By the time he was 18, he had fallen in love with the business of motorsports.

“I never dreamt to be driver, I think I knew that by the age of 15,” he said. “I like the business behind it, I saw the money behind it. Over 300 of the Fortune 500 companies are sponsoring F1 teams. I was very lucky to be involved in it at such an early age, and I learnt a lot. It prepped me very well for the position I’m in today.”

It was while studying economics at Concordia University in Montreal that Boutagy came up with a way to bring motorsport fans closer to Formula 1 action. Enter F1 FanZone.

From 2008 and for a decade, Boutagy and CBX were operating in places such as Mexico City, Melbourne, London, Monaco, Bahrain and Abu Dhabi.

“In Abu Dhabi, I used to do F1 FanZone with Yas Salam on the corniche. We started there from the first year, in 2009, which was really cool,” he said. “For the first decade that it existed it was Bernie’s idea to bring it to life and he wanted me to run it. It was really taking the event to the fans.”

The idea was to make the Formula 1 an experience that was affordable to many people who otherwise would miss out on all the action. F1 FanZone was a huge success with fans.

Boutagy says that his move to Formula E was risky but the competition had existed for four years already, and having understood the synergy with Saudi’s Vision 2030 he saw a perfect fit with the sustainability aspect of electric-car racing.

He is proud of all the other advances that have taken place over the past few years in the Kingdom, a place that he considers home.

“I lived in Saudi, I grew up in Khobar in the Eastern Province,” Boutagy said. “I know how the country was before, my family lived there for 45 years. My father was one of those guys who went there and started working and just never left.”

He recalls that when initial negotiations for Formula E started, women could not drive in Saudi Arabia, and banks and other outlets would have separate queues for men, women and families. But change was coming.

“They said they wanted this event to be a stepping stone toward opening up Saudi,” Boutagy said. “I’d tell my parents and they would wonder if it was really going to happen this time. We would always hear it and it would never actually happen. I’m getting goosebumps because I remember that first event we did in 2018 with David Guetta. For a lot of people it was more than the race, more than Formula E, more than the sustainability message. For the locals it was about the country opening up.

Boutagy says that while motorsports logistics in Europe and the Americas are written in stone, a lot of thinking outside the box takes place in the Middle East and Asia. He also believes that the motorsport events in the region have been educational for the public.

“That way, we would have five more than North America and Latin America put together. It educates the people. Even corporately, when I walk into a meeting today talking about Formula E, they know it. Before they thought it was F1, they didn’t know the difference, I had to explain it to them. Now they know what it is, they’ve seen it, they’ve attended it. Usually you see all the big governmental authorities sponsoring, which we still have because it helps of course, but we’re seeing a lot of the private companies coming in as well.”

Next for CBX is a tie-up with Extreme E, for a new rally championship in AlULA.

Working in the desert terrains of Saudi Arabia may be getting to be a habit for Boutagy, but he has one secret — he was initially skeptical about Formula E taking place, or succeeding, in Diriyah, a UNESCO-protected heritage site.

“When I’m wrong, I like to admit it,” he said. “At first we didn’t want to go there. We wanted to go King Abdullah Financial District KAFT. We thought they wanted to showcase the new part of Saudi. But the direction came from his Royal Highness Prince Mohamed bin Salman to do it in Diriyah. When we went we were all shocked, is this actually going to happen in a heritage site? UNESCO telling us you can do this, you can’t touch this wall, you can’t touch that.”

“But when we started building it we realized that’s where we want to be. It’s 400 years old, once we learnt the heritage, the history. It’s where the future meets the past.”

These were the details of the news International Jockeys Challenge the perfect appetizer for Saudi Cup for this day. We hope that we have succeeded by giving you the full details and information. To follow all our news, you can subscribe to the alerts system or to one of our different systems to provide you with all that is new.