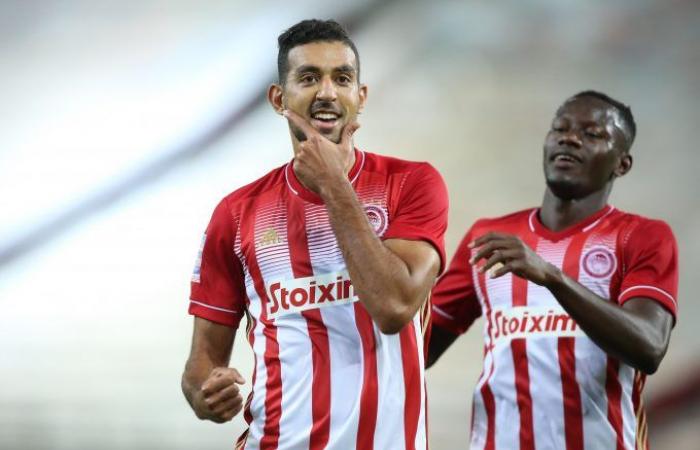 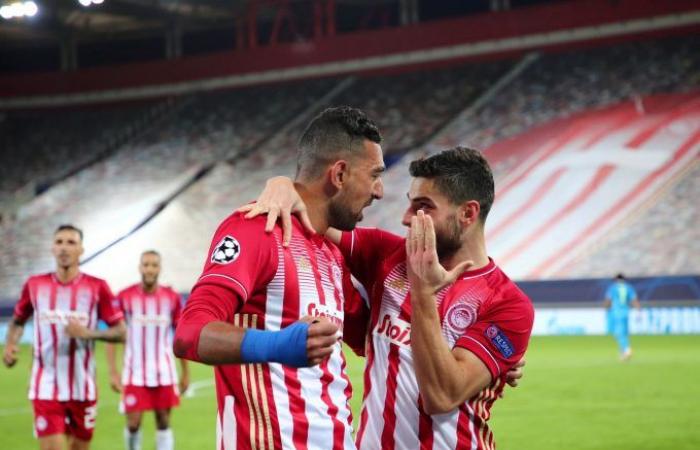 Kouka missed a large portion of the season after contracting COVID-19, which sidelined him for nearly two months.

In his third game back against PAS Giannina, the 27-year-old was subbed in attempt to break the deadlock in what was a tight game.

He managed to do so in the dying moments of the game with a precise header and his side the win.

Kouka was given the Goal of the Week award for this effort and said the following upon receiving it:

“Thanks so much for whoever voted for me for the best goal. I’m really happy with this award and looking forward for more goals. Thank you.”

Despite having made fewer appearances than the majority of the regular starters, Kouka is Olympiacos’ second top goalscorer with eight goals, eight behind leader Youssef El-Arabi.

In their last game against Apollon Smyrnis, the former SC Braga man produced a man of the match performance by making a direct contribution in all of their goals in their 3-1 win [two goals and one assist].

He will hope to keep up this form when they host OFI Crete on Sunday afternoon in the Greek Super League.

These were the details of the news Kouka wins Greek Super League Goal of the Week award for this day. We hope that we have succeeded by giving you the full details and information. To follow all our news, you can subscribe to the alerts system or to one of our different systems to provide you with all that is new.