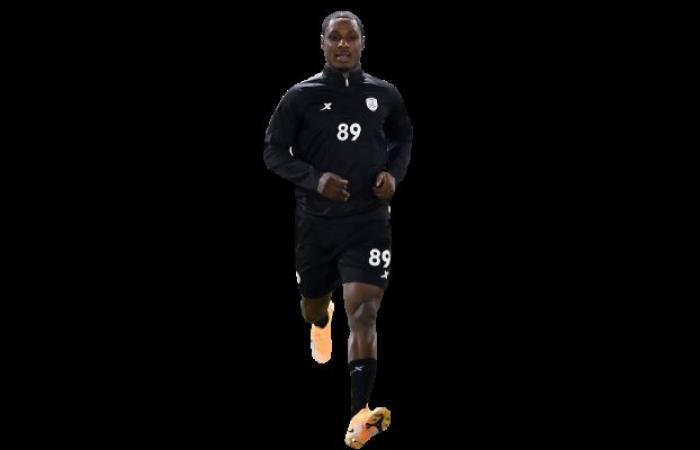 Jeddah - Yasmine El Tohamy - JEDDAH: Ryan Fox has the clubhouse lead at the halfway point of the Saudi International after a rain-soaked day at Royal Greens Golf & Country Club.

The big-hitting New Zealander shot his second five under par 65 in a row to sit at the top of a leader-board packed with big names — many of whom will return to the course to complete their rounds tomorrow after thunderstorms forced a two-hour break in play on day two of the $3.5 million tournament.

That delay meant that 16 groups failed to finish before sunset, with Dustin Johnson, Justin Rose and Tyrrell Hatton all ominously positioned behind the leaders with rounds still to complete.

It took until 3:10 p.m. and the delayed tee-shot of Stephen Gallacher for the sun to eventually appear at Royal Greens — and the Scotsman, in second place after Thursday’s opening day, certainly hoped it would continue to shine on him as he headed out one shot adrift of overnight leader David Horsey.

That proved to be the case, as Gallacher followed his opening eight under par with a two under par score in the 12 holes he managed before play was called for the day, putting him level with Fox at the top of the leaderboard with six holes still to finish.

Gallacher said: “You just want to go out and try and shoot as well as you can. It’s a good course; it’s a good layout, it’s in good condition. In the afternoon it can get quite tricky, so it’s a good test.”

Horsey sits three back on seven under par with six holes left to complete.

Only a bogey on the last prevented Ryan Fox from having the outright lead heading into the weekend. The Kiwi was comfortable in admitting that he had benefited from being in the weather-blessed half of the tournament’s opening two rounds.

“I think we got very, very lucky,” said the 34-year-old, who has one previous European Tour title to his name.

World No. 1 Dustin Johnson is two behind the lead on eight under par with four holes left to complete. Justin Rose is one shot back with three holes to play, where he is tied at seven under par with fellow Englishman Tommy Fleetwood, who managed to complete his round as the sun set.

Tony Finau, Tyrrell Hatton, and Kevin Na will all return to complete their rounds with scores of six under par, while Phil Mickelson sank a birdie putt on 18 in what proved to be the last shot of the day to put himself in contention at five under par.

The Saudi International, powered by SoftBank Investment Advisers, continues over the weekend and is being broadcast live on KSA Sports.

These were the details of the news Ex-Manchester United striker Ighalo joins KSA’s Al-Shabab club for this day. We hope that we have succeeded by giving you the full details and information. To follow all our news, you can subscribe to the alerts system or to one of our different systems to provide you with all that is new.