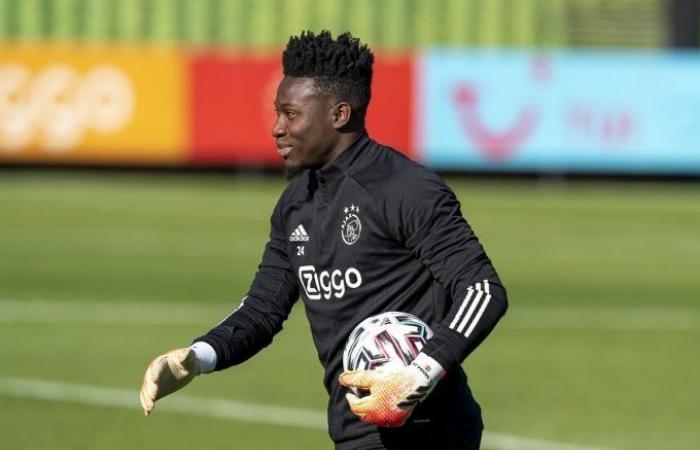 Cameroon and Ajax shot-stopper Andre Onana has been hit with a huge blow after European football’s governing body UEFA, through its disciplinary body, announced he has been banned for 12 months over a doping violation.

UEFA stated that after an “out of competition” check on October 30 last year, the goalkeeper found the substance Furosemide in his urine.

The suspension is effective from today and applies to all football activities, both national and international.

On the morning of October 30, Onana was feeling unwell. He wanted to take a pill to ease the discomfort. Unknowingly, however, he took Lasimac, a drug that his wife had previously been prescribed, Ajax official statement read.

Onana’s confusion resulted in him mistakenly taking his wife’s medicine, ultimately causing this measure to be taken by UEFA against the goalkeeper.

The 24-year-old and Ajax will appeal the decision to the Court of Arbitration for Sport (CAS).

Onana was raised in Barcelona’s academy La Masia until 2015 before he joined Ajax.

He was Cameroon’s goalkeeper in the 2019 Africa Cup of Nations which was held in Egypt where the Lions where knocked out in the round of 16 against Nigeria.

These were the details of the news Cameroon goalkeeper slammed with severe ban over doping for this day. We hope that we have succeeded by giving you the full details and information. To follow all our news, you can subscribe to the alerts system or to one of our different systems to provide you with all that is new.