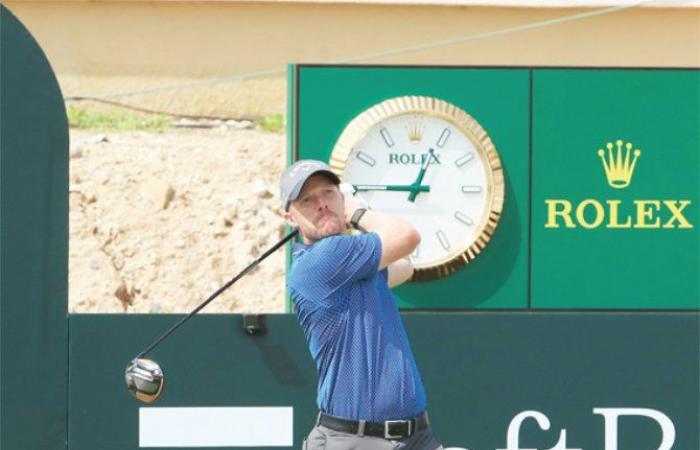 Jeddah - Yasmine El Tohamy - KING ABDULLAH ECONOMIC CITY:  England’s David Horsey fired a first-round 61 to seize the early lead in the Saudi International on Thursday, as US Open champion Bryson DeChambeau and world No. 1 Dustin Johnson got off to solid starts.

Big-hitting American DeChambeau carded a five-under 65 to sit tied-fourth after the opening round, four shots behind, while Masters champion Johnson signed for a 67.

In a star-studded field, it was world No. 282 Horsey who shone brightest on day one, rolling in nine birdies to sit at nine-under par, one ahead of Scotland’s Stephen Gallacher.

Former Ryder Cup winner Gallacher shot the lowest first round of his European Tour career in his 584th tournament with an eight-under 62.

The 46-year-old, who finished 173rd in the Race to Dubai last season, made 10 birdies in a sparkling performance.

DeChambeau, who said earlier this week that he was “flattered” by proposed new rules to curb long tee shots, poured in seven birdies to set up a possible title tilt.

Johnson, making just his second start of the year, won the inaugural Saudi International in 2019 before finishing runner-up to Graeme McDowell last year.

He struggled to find his best form on Thursday, but managed to stay bogey-free.

Patrick Reed, whose victory last week at Torrey Pines on the PGA Tour was overshadowed by an “embedded ball” controversy, also settled for a one-under round.

Austrian Bernd Wiesberger sits alone in third place on the early leaderboard after a 64.

These were the details of the news Horsey leads as DeChambeau makes strong start at Saudi International golf tournament for this day. We hope that we have succeeded by giving you the full details and information. To follow all our news, you can subscribe to the alerts system or to one of our different systems to provide you with all that is new.