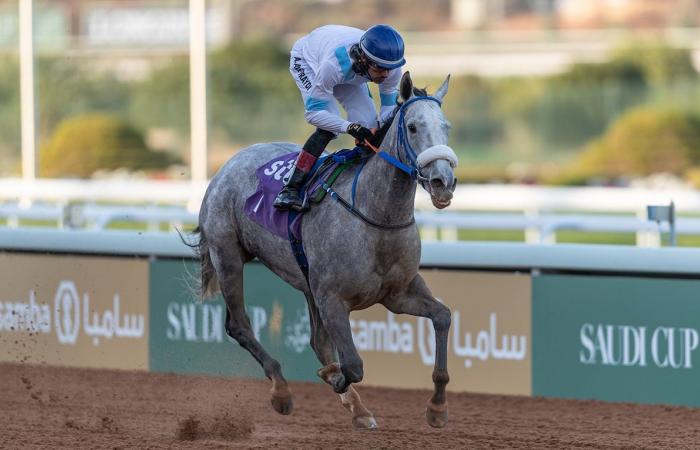 Jeddah - Yasmine El Tohamy - DUBAI: With the Saudi Cup only two weeks away, trainers from around the world are preparing their horses for the second running of the world’s richest race.

The inaugural event last February had a world record total prize money of $29.2 million — $20 million went to the runners of the showpiece Saudi Cup while the rest was shared among the other races.

This year the total prize has been raised to $30.5 million for the 16-race, two-day meeting, and many of the trainers from last year already have their eyes on success at King Abdul Aziz Racetrack this time around, whether in the Saudi Cup or at the International Jockeys Challenge the day before.

Here, Al-Ghaith gives his insights into the developments of horseracing in Saudi Arabia, and how he came to work in the industry.

How did you develop a passion for racehorses, and for how many years have you been in the field of horseracing?

My equestrian hobby started during my childhood. I have been in the horseracing industry for a long time, where I first started as a jockey, then I became a trainer nine years ago.

What is the role you carry out, and how many racehorses do you train?

I train many racehorses and prepare them at our stables, while coordinating with the help of a big team. In addition to preparing the stable, we have a team of expert vets, specialized stable staff and jockeys to support us. Fortunately, we managed to achieve the position of leading trainer in the Jockey Club of Saudi Arabia last season.

What do you think of the developments taking place in Saudi Arabia, specifically in horse racing?

The Custodian of the Two Holy Mosques, King Salman, and the Crown Prince, Mohammed bin Salman, provide great support for horse racing. They encourage Saudis to achieve great accomplishments in horse racing inside and outside Saudi Arabia. We are so proud to witness great developments every year. Prince Bandar bin Khalid Al-Faisal, chairman of the Jockey Club of Saudi Arabia, has done a great job to develop the Jockey Club over the past two years, particularly through the big celebration of the Saudi Cup last year. We are proud of such big
race meetings.

How do you continually develop as a trainer in order to improve the racehorses that you train?

Improving racehorses starts with a successful trainer, who must continuously discover the new developments in the sport. Of course, every horse differs from the other, especially in racehorses. Trainers must be regularly educated in such things as the areas of nutrition and vitamins.

What races are you looking to participate in at the Saudi Cup 2021?

There are of course races that we target other than the Saudi Cup, including the Crown Prince Cup, the Founder’s Cup, and the King’s Cup. Fortunately, we won three great races last year during the two days of the Saudi Cup. I hope I will stay at this level and achieve more successes during this year.

Can you name one place you would recommend to someone visiting Saudi Arabia for the first time?

Since I am in horse racing, I obviously advise visitors to pay a visit to King Abdul Aziz Racetrack. There are many tourist attractions inside and outside Riyadh, including Ad Diriyah, a beautiful heritage site on the outskirts of Riyadh, the charming nature of Wadi Hanifa, and many other places for hiking and picnics inside the capital and around it.

These were the details of the news Saudi trainer looking to repeat last year’s success for this day. We hope that we have succeeded by giving you the full details and information. To follow all our news, you can subscribe to the alerts system or to one of our different systems to provide you with all that is new.