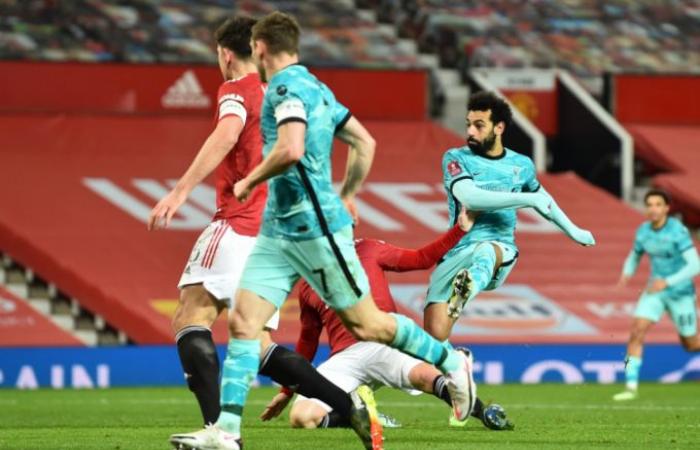 Dubai - Yasmine El Tohamy - Liverpool have crashed out of the FA Cup after suffering a 3-2 defeat against Manchester United in the competition’s fourth round.

The Reds entered the game on the back of a poor run of form after failing to win any of their last five Premier League games.

Their winless run saw the likes of Mohamed Salah, Sadio Mane, and Roberto Firmino receive criticism, with Liverpool failing to find the back of the net in the league so far in 2021.

To make matters worse, Liverpool’s slump in form continued on Sunday as they fell to a defeat at Old Trafford in the FA Cup.

Mohamed Salah had fired Liverpool into the lead in the 18th minute with a delicate chip on his weaker right foot over United goalkeeper Dean Henderson.

The hosts responded eight minutes later as Mason Greenwood managed to bring back United on level terms after a sublime through ball from Marcus Rashford.

Manchester United doubled their scoring right after the break, with Rashford finding the net following a defensive error from young centre-back Rhys Williams.

Salah completed his brace and made it 2-2 ten minutes later after a tidy finish inside the box as he netted his 19th of the season in all competitions.

Despite their second-half attempts, Manchester United took the lead late in the game following a sumptuous free-kick from Bruno Fernandes.

Liverpool will now hope to turn things around as they travel to face Jose Mourinho’s Tottenham Hotspur on Thursday, January 28th.

These were the details of the news Salah bags brace as Liverpool lose to Manchester United in FA Cup for this day. We hope that we have succeeded by giving you the full details and information. To follow all our news, you can subscribe to the alerts system or to one of our different systems to provide you with all that is new.