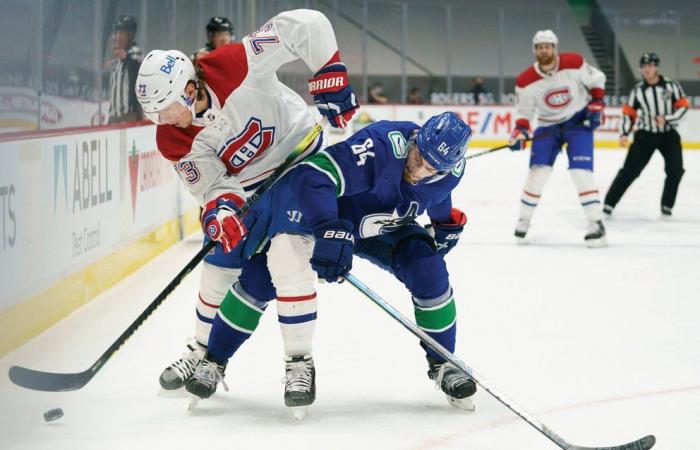 Thank you for reading the news about Canadiens beat Canucks 7-3, add to season-opening road run and now with the details

Jeddah - Yasmine El Tohamy - VANCOUVER, Canada: Tyler Toffoli had two more goals and an assist, and the Montreal Canadiens became the first NHL team in 46 years to open a season with at least a point in five straight road games by beating the Vancouver Canucks 7-3 on Thursday night.

A night after scoring a hat trick against his former team in a shootout loss to the Canucks, Toffoli helped the Canadiens improve to 3-0-2. The Los Angeles Kings also accomplished the five-game road feat to start the 1974-75 season.

“I think there’s a lot of room for improvement, too. We can’t get satisfied here,” Montreal captain Shea Weber said. “We’ve done a lot of good things here, but there’s a lot of season left here as well.”

Joel Armia had two goals and two assists, and Josh Anderson, Jake Evans and Ben Chiarot also scored for the Canadiens. Jake Allen made 14 saves for his 150th NHL victory.

“We gift-wrapped probably four to five goals,” Canucks coach Travis Green said. “It wasn’t a game where we’re hemmed in our zone the whole game, it was just giving breakaways. In this league if you give up chances that are gifts, you are going to lose bad and we did that tonight.”

Myers caught Armia in the chin with a hit late in the game, dropping the Canadiens forward to the ice. Armia went directly to the dressing room and later was diagnosed with a concussion, Montreal coach Claude Julien said.

Myers was given a match penalty for the play, a decision Julien praised.

Armia and his linemate, Toffoli, combined for seven points. Two of the duo’s goals came on Canucks power plays.

“We’ve got guys that can fly and tonight there was a couple of good reads,” Weber said. “Obviously, guys picked off pucks and were able to give guys breakaways and guys finished off.”

“We’ve got to figure it out within our dressing room and buy in,” he said. “I think everybody’s got to step up, including myself, and take responsibility for our play and get back at it again. It’s a long year, we have another game against these guys and we’re going to try to win this mini-series here.”

At times, the Canucks have looked “a little bit immature” this year, Green said.

He believes it could have something to do with their playoff success last season, and the group forgetting how hard it is to win.

“We’re not a team that has ever won easy,” Green said. “We’ve got to grind out wins and we’ve got to realize that and remember it’s hard to win in the league. And we had that mentality last year. We’ve got to get back to that.”

These were the details of the news Canadiens beat Canucks 7-3, add to season-opening road run for this day. We hope that we have succeeded by giving you the full details and information. To follow all our news, you can subscribe to the alerts system or to one of our different systems to provide you with all that is new.