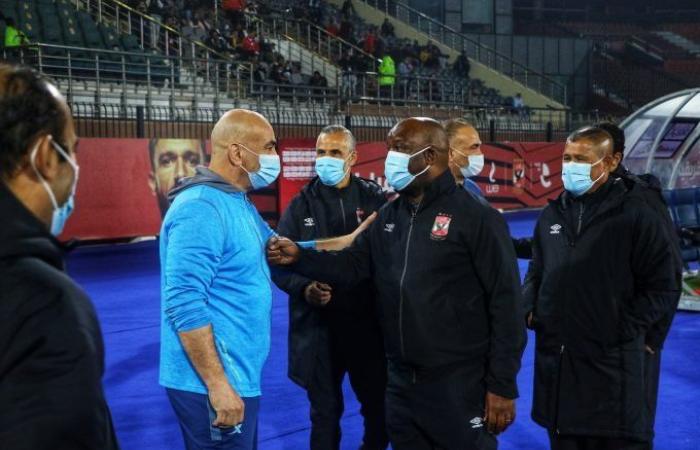 Thank you for reading the news about Hossam Hassan: I respect Mosimane and now with the details

Mosimane has arrived at Al Ahly in October 2020 in the midst of a tense period for the Red Devils where they had parted company with his predecessor Rene Weiler and were getting into the Champions League semifinal.

The former Sundowns boss managed to seal the long-awaited African title after defeating arch-rivals Zamalek in the finals. He also won the Egypt Cup to secure the treble for the club.

“I am always happy to see a foreign manager in Egypt so we can benefit from his experience. I love Mosimane and respect him a lot because he is a respectful coach,” Hassan told MBC Masr channel.

“He achieved a big leap for Sundowns in South Africa and he is lucky to arrive at a big club like Al Ahly.”

Al Ahly now top the league table with 20 points to their name, one ahead of second-place Zamalek, who have one game in hand.

The Red Devils are also preparing to participate in the FIFA Club World Cup which will see them face Qatar’s Al-Duhail in the first game on February 4.

These were the details of the news Hossam Hassan: I respect Mosimane for this day. We hope that we have succeeded by giving you the full details and information. To follow all our news, you can subscribe to the alerts system or to one of our different systems to provide you with all that is new.