Talks back on for Mostafa Mohamed to Saint-Etienne – Report 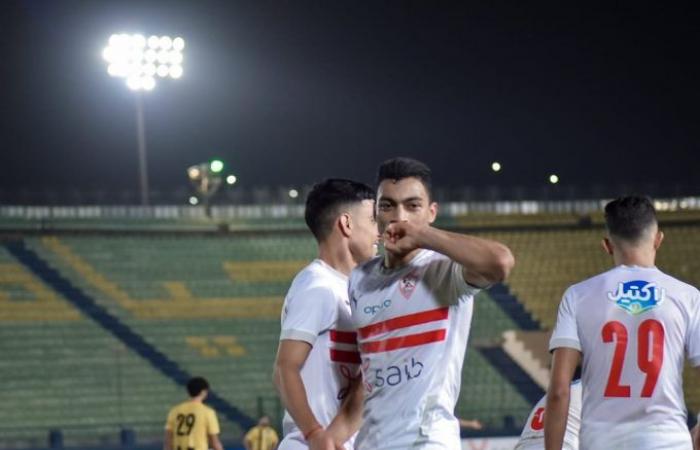 Dubai - Yasmine El Tohamy - It has been reported that Ligue 1 outfit Saint-Etienne have reopened negotiations with Zamalek for the transfer of Mostafa Mohamed to the French club in the January transfer window.

Zamalek forward Mostafa Mohamed gathered interest from teams all over Europe, and seemed on the verge of joining Ligue 1 outfit Saint-Étienne.

However, the Whites halted negotiations following Les Verts president’s comments, where he claimed that some of the club’s representatives demanded commissions if the move wasn’t completed.

Clubs like Galatasaray took advantage of the situation and came forward to request the signing of the player, however nothing concrete has materialised so far.

It seems that Saint-Etienne are back once again in the hunt for the player, as French outlet Football 365 has reported that discussions resumed between Saint-Etienne and Zamalek around the profile of the 23-year-old.

The two clubs have agreed a $5M deal plus a future resale percentage set to go to Zamalek, however the difference for the deal to be defined is related to the terms of payment of the transfer fee. The Whites want the full amount immediately while Les Verts would like to pay in two installments, according to the French source.

The Egypt international have already agreed a four year and a half deal with Saint-Etienne.

Mohamed has made only three appearances with Zamalek this season, scoring two goals.

These were the details of the news Talks back on for Mostafa Mohamed to Saint-Etienne – Report for this day. We hope that we have succeeded by giving you the full details and information. To follow all our news, you can subscribe to the alerts system or to one of our different systems to provide you with all that is new.