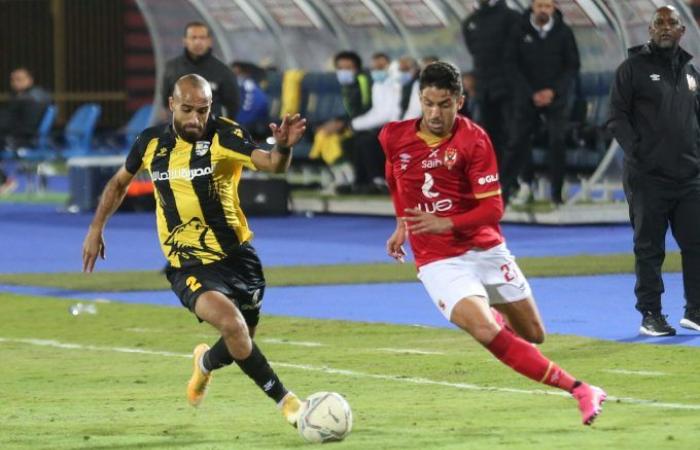 Thank you for reading the news about VIDEO: Al Ahly complete hard-fought comeback to beat Arab Contractors and now with the details

Al Ahly nearly opened the scoring just two minutes in through Ali Maaloul. The Tunisian received Mohamed Hany’s cross on the far left post but his shot was denied by, Hassan Shahin.

The Reds got another chance in the 34th minute, when Mohamed Magdy Afsha took a powerful shot on the edge of the penalty box but it was saved.

Five minutes later, former Al Ahly right-back Bassem Ali found himself alone inside the 18-yard box and took a power shot which was deflected by Ayman Ashraf, who put it into his own goal.

Then one minute before the half-time whistle, Hamdi Zaki produced a precise to Seifeddine Jaziri who put between Ali Lotfi’s legs, doubling Arab Contractors’ lead.

15 minutes into the second-half, former Arab Contractors forward, Taher Mohamed Taher, reduced the gap with a beautiful curler in the bottom left corner.

Ten minutes later, Hamdi Fathi found Mohamed Sherif inside the six-yard box with a header. The latter then smashed it into the back of the net, putting the scores back level.

Finally, in the 81st minute Saleh Mohsen found Afsha on the edge of the penalty area with a back heel pass. Afsha’s then scored the winner after placing his shot in the bottom left corner.

Al Ahly now top the league table with 20 points to their name, one ahead of second place Zamalek and with one game in hand.

They will await Zamalek’s game against Aswan next Saturday to see if they can cement this position.

These were the details of the news VIDEO: Al Ahly complete hard-fought comeback to beat Arab Contractors for this day. We hope that we have succeeded by giving you the full details and information. To follow all our news, you can subscribe to the alerts system or to one of our different systems to provide you with all that is new.