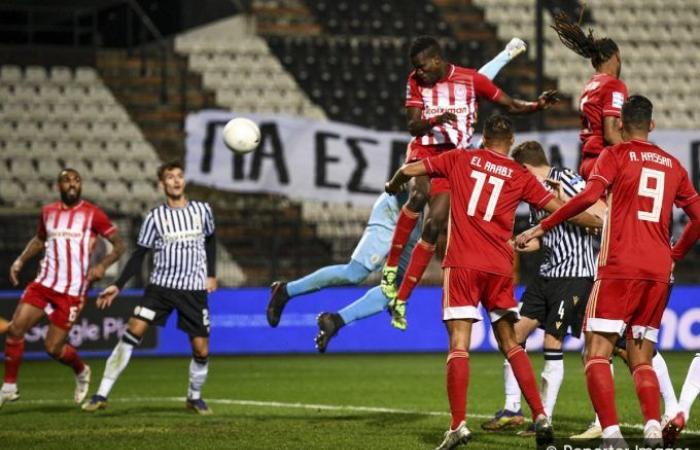 Thank you for reading the news about Warda, Kouka participate in Olympiacos-PAOK stalemate and now with the details

Egypt internationals Amr Warda and Ahmed Hassan Kouka have both featured in the encounter between PAOK and Olympiacos in the 16th round of the Greece Super League, which ended in a 1-1 stalemate.

Warda had re-joined PAOK from Volos on Tuesday, signing a one-and-a-half-year deal that will keep him with the Greek giants until the summer of 2022.

On the other hand, Kouka has returned after spending around a month on the sidelines and totally recovered and is ready to return, and he actually made a comeback just last Wednesday.

Warda started the game for PAOK and remained on the pitch for the entire game, while Kouka came on for his side in the 71st minute.

Sverrir Ingi Ingason opened the scoring for PAOK in the 51st minute with Warda heavily contributed to the goal after his header was saved by the keeper but the Iceland international hit the net on the rebound.

However, Ousseynou Ba managed to pull off an equaliser for the visitors in the 77th minute for the game to end in a draw.

By this result, Kouka’s side remain in the Greece Super League leadership with 42 points, nine points ahead of their chasers Aris. Meanwhile, PAOK sit third with 32 points from 16 games.

These were the details of the news Warda, Kouka participate in Olympiacos-PAOK stalemate for this day. We hope that we have succeeded by giving you the full details and information. To follow all our news, you can subscribe to the alerts system or to one of our different systems to provide you with all that is new.