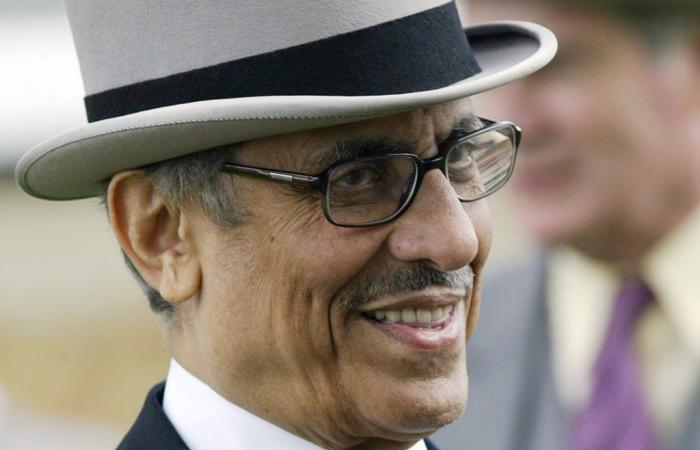 As owner of the hugely accomplished Juddmonte Farms breeding operation, he became one of the most prolific owner-breeders the sport has ever known — able to count legendary horses such as Frankel, Enable and Dancing Brave among his long list of successes.

His passing was announced “with great sadness” by his Newmarket-based operation, with CEO Douglas Erskine Crum saying: “The whole of Juddmonte feels a huge sense of loss. Prince Khalid will always be remembered as a quiet, dignified, benevolent family man whose horses spoke for him. He leaves a legacy that will stand the test of time.”

Crum added: “His contribution to the development of the thoroughbred will have long-lasting effects.”

While not the first owner from the Middle East, Prince Khalid quickly became the region’s first significant winner and one of its best-known when early in his career he landed his first Classic victory in the 1980 running of the 2000 Guineas on Known Fact.

From that point, with more than 100 Group 1 winners and dozens more Classics wins under his belt, Prince Khalid and Juddmonte became arguably one of Saudi Arabia’s biggest sporting success stories, his famous green-white-pink silks becoming synonymous with some of the most historic moments in horse racing.

In the ensuing years, his operation expanded to Ireland and Kentucky in the US, and continued to produce winning thoroughbreds for the next three decades — a consistent success described by Simon Mockridge, his UK stud director, as “probably one of the jewels of Saudi Arabian history.”

Arab News spoke to Mockridge when visiting Juddmonte’s Suffolk headquarters Banstead Manor last year, and he was full of praise for the prince’s efforts.

“I think globally, if you look at the impact he has had in the 40 years he has been in operation, he has managed to win every English Classic and every French Classic,” Mockridge said.

“And to top it all off, he has had in excess of 500 stakes (the most prestigious and valuable races contested by the best horses) winners. So you have to look at him and say that for a medium-sized breeding operation, he has certainly taken the racing and breeding operations to a very high level.”

If Prince Khalid’s own attention to detail was a cornerstone of his success, it was matched by his connection with, and his loyalty to, the trainers he paired with.

He worked with several of the greats throughout his career, most notably the late Sir Henry Cecil, with whom he won the 2011 running of the 2000 Guineas on Frankel and with whom he shared a great friendship.

Speaking ahead of yet another Frankel victory at Royal Ascot in 2012, Sir Henry waxed lyrical about the standard of horse Prince Khalid was able to produce, saying: “His horses, a lot of them are just taking a bit of time, but they’re worth waiting for.”

John Gosden, who has also had a string of successes training Juddmonte horses, said: “Prince Khalid first enjoyed going racing in the 1950s as a young man in Paris. This sparked his bold and thorough plan to establish a breeding operation in the late 1970s, an illustration of his brilliant mind.”

Gosden added: “In the period of 20 years, he established himself as both a European and American champion breeder. His charming and humorous manner was coupled with a great strategic approach, both in business and in his horse racing and breeding operation.

“He was a very private and patrician gentleman and a very strong family man, for whom it has been a great honor and privilege to train for 38 years.”

Like fellow members of royal families, such as Britain’s Queen Elizabeth II and Dubai ruler Sheikh Mohammed bin Rashid Al-Maktoum — who offered condolences to the Al-Saud family on Tuesday — and other prolific owners, racing was a passion for Prince Khalid.

That passion for the sport, for its animals and for the people involved was something that shone through whenever the prince spoke about racing.

And while his victories are forever recorded in the history books and etched in the collective memory of racing fans everywhere, it will be that passion, and his loyalty to those who worked closely with him, that will be most remembered with his passing.

These were the details of the news Tributes paid as Saudi horse racing owner Prince Khalid dies aged 83 for this day. We hope that we have succeeded by giving you the full details and information. To follow all our news, you can subscribe to the alerts system or to one of our different systems to provide you with all that is new.