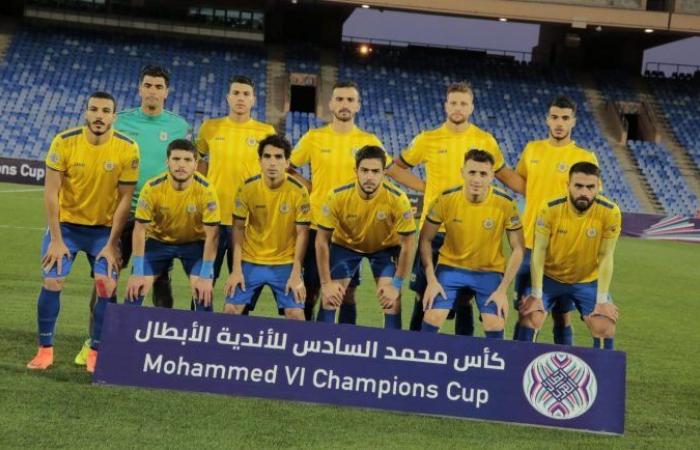 Thank you for reading the news about Ismaily fail to maintain first leg advantage, exit Arab Championship and now with the details

Egyptian side Ismaily SC could not hold on their 1-0 advantage in the first leg and headed out of the Arab Club Championship following a 3-0 defeat against Raja Club Athletic in the semifinal in Marrakesh.

Ismaily had won the first leg encounter in Ismailia Egypt thanks to a penalty goal from Fakhreddine Ben Youssef back in February 2020.

Due to the outbreak of coronavirus, the second leg match was postponed few times before it was set to take place on January 11, 2021.

Ismaily started the encounter with a passive approach as they remained in their zone trying to defend the lead achieved in the first leg.

Raja remained in possession of the ball for most of the first half but without a real threat on Mohamed Sobhi’s goal. Meanwhile, the Yellows had shy offensive attempts that were far from dangerous for the first half to end in a stalemate.

The second half started with a more or less similar scenario with Ismaily coming close to scoring through Shoukry Naguib in the 49th minute who tried to score after Raja goalkeeper came out of his goal but his effort was blocked by the defense.

The turning point came in the 60th minute when Ismaily’s Mohamed Baioumy tripped Soufiane Rahimi inside the box for Raja to win a penalty, converted by Mohsine Moutaouali.

Ben Malango added the second for the hosts with a glancing header from a close range, taking advantage of a cross from the right side.

The tie was absolutely put to bed in the 86th after Mahmoud Benhalib scored the third for Raja after tapping in Rahimi’s low cross for his team to win 3-1 on aggregate.

Raja have set a meeting against Ittihad Jeddah in the final of the Arab Club Championship in Rabat.

These were the details of the news Ismaily fail to maintain first leg advantage, exit Arab Championship for this day. We hope that we have succeeded by giving you the full details and information. To follow all our news, you can subscribe to the alerts system or to one of our different systems to provide you with all that is new.