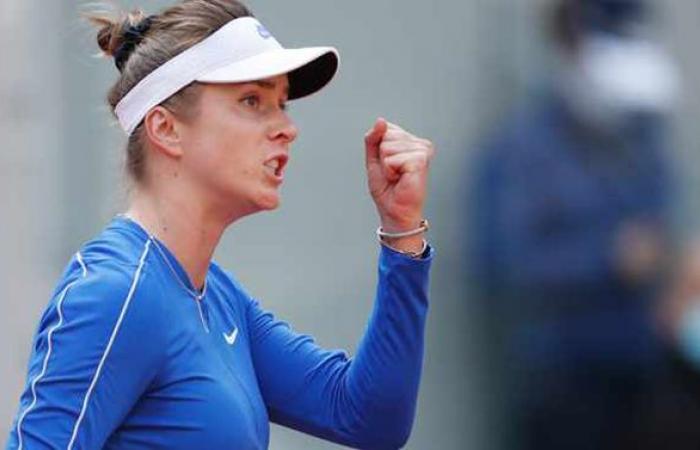 Jeddah - Yasmine El Tohamy - ABU DHABI: Elina Svitolina reached the third round of the Abu Dhabi Open with a 6-4, 6-1 win over Russian veteran Vera Zvonareva on Saturday as Karolina Pliskova was eliminated in straight sets by a qualifier.

Svitolina will play either 17th-seeded Ekaterina Alexandrova or Britain’s Heather Watson in the third round after a routine win over Zvonareva in just over an hour.

Third-seeded Pliskova was beaten 6-2, 6-4 by Russian qualifier Anastasia Gasanova, who was ranked 292nd in her first tour main draw and had never before played anyone ranked in the top 100. Next up for Gasanova is a third-round meeting with Sara Sorribes Tormo.

“It’s like it was not me on the court. I was so sure of myself,” Gasanova said of her breakthrough win. “It’s like when I step on the court, I’m a different person, I’m more angry.”

Sixth-seeded Elena Rybakina converted her fifth match point to seal a 6-4, 6-4 win over Wang Xiyu of China. Rybakina next plays Daria Kasatkina, who advanced to the third round by walkover after her opponent Karolina Muchova withdrew.

Separately, organizers of the Australian Open said that tennis’ top stars will quarantine in Adelaide rather than Melbourne and play an exhibition there ahead of the mega tournament, with the city also hosting a WTA event after the years’ first Grand Slam.

Some 1,270 players and support staff are due to arrive in Melbourne on charter flights late next week, where they will have to spend a mandatory 14 days in quarantine.

But with hotel rooms in the city scarce, Australian Open chief Craig Tiley said he had approached the South Australian government about taking some of them.

Matters were further complicated when a hotel in Melbourne that was due to accommodate players pulled out on Tuesday, reportedly because of concerns from residents. With little benefit to Adelaide from putting its community at risk of coronavirus by housing players, an exhibition featuring the top names in the game was suggested as an enticement.

“It would be a benefit if they played an exhibition tournament just before they came to Melbourne, so the premier (Steven Marshall) has agreed to host 50 people in a quarantine bubble and then have those players play an exhibition,” Tiley told Tennis Channel.

An official statement announcing the Jan. 29 exhibition said it would feature the world’s top three men — Novak Djokovic, Rafael Nadal and Dominic Thiem — and two of the top three women in Simona Halep and Naomi Osaka.

World number one Ashleigh Barty was not included, but 23-time Grand Slam winner Serena Williams was, with two more players to be added to the field.

“The conditions of the quarantine will be the same (as Melbourne),” said Tiley, with players only allowed out of their rooms for five hours to practice and train in a bio-secure bubble.

“They’ll be in a different hotel and a smaller cohort and travel direct to Adelaide. We think this is a great opportunity to actually launch before we go into the season.”

They would then head to Melbourne Park for the 12-team ATP Cup, along with two WTA tournaments and two ATP events being played from January 31 ahead of the Australian Open on Feb. 8.

These were the details of the news Svitolina reaches 3rd round of Abu Dhabi Open for this day. We hope that we have succeeded by giving you the full details and information. To follow all our news, you can subscribe to the alerts system or to one of our different systems to provide you with all that is new.