Paolo Rossi’s wife said that she died in my arms 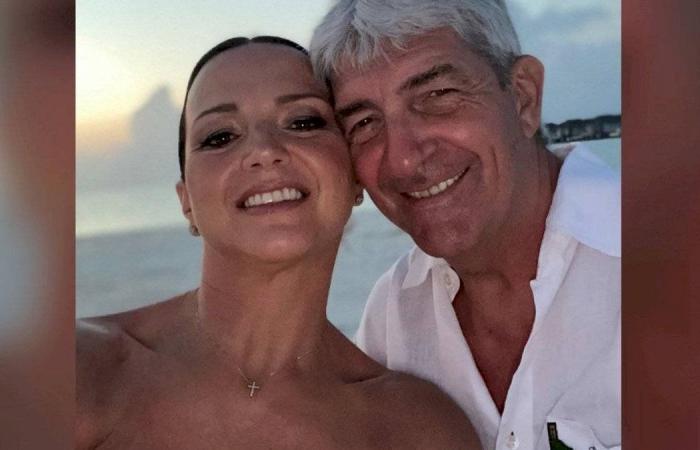 The death of Paolo Rossi, the great Italian soccer idol of the 1980s who led the Azzurra team to the 1982 World Championship in Spain, produced another emotional shock in the heart of Italy, moved after the deaths of Diego Maradona weeks ago, although in a different way because, unlike the Argentine star, the love for “Pablito” (nickname he was given in the 78th World Cup in Argentina) was unanimous and unconditional, a humble legend as they consider him in his country. The impact of his death in the early hours of Thursday caused as much surprise as the reasons for his death, which his wife later revealed, multiplying the sadness.

The journalist Federica Cappelletti, married to the beloved footballer – nicknamed by the girls “the boyfriend of Italy” – since 2010 and mother of his two daughters, told the press that the winner of the 1982 Ballon d’Or and world champion with Italy is same year he died in his arms.

“I told him: ‘Paolo go now. You’ve suffered enough, ‘”he confessed emotionally before the AP agency’s microphones. “He didn’t want to leave us, but I hugged him tight and said ‘leave this body.’ Then he fell asleep, ”he added.

In his dialogue with the media at the door of the Siena hospital, where Paolo Rossi died after a year of illness, Federica Cappelletti said that he promised his wife that he would take care of their children and told her that he had already done more than enough .

A few moments after the death of the former Azzurra player was confirmed, his partner also made a post on Instagram in which they appear together accompanied by the phrase “forever.”

The Juventus idol, who also played for AC Milan and Hellas Verona, among other teams, lost the battle to cancer at age 64. His passing has had a profound impact on the world of football, to the point that he was honored with a minute of silence at UEFA Europa League matches and a few more tributes are planned this weekend in Serie A.

The funeral of Paolo Rossi will be held tomorrow in the Duomo of Vicenza, according to the City Council of the northern city. The last goodbye to the forward born in Prato (Tuscany) will be in a city in which he played from 1976 to 1979 and of which he was named “honorary citizen” only two years ago. Although the funeral time has not been officially confirmed, his former partner Giuseppe Bergomi reported that he was summoned at 10:30 in the Italian morning.

These were the details of the news Paolo Rossi’s wife said that she died in my arms for this day. We hope that we have succeeded by giving you the full details and information. To follow all our news, you can subscribe to the alerts system or to one of our different systems to provide you with all that is new.