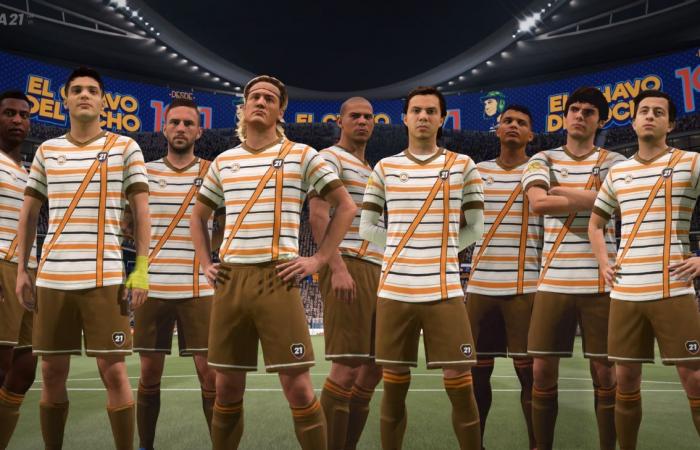 EA Sports’ soccer simulator, FIFA 21, joins the celebration of 50 years of ‘El Chavo del 8’ with a uniform inspired by the popular character

FIFA 21 He surprised his followers with an outfit inspired by ‘El Chavo del 8’, the popular character created by Mexican comedian Roberto Gómez Bolaños.

Through its official Twitter account, EA Sports Futbol shared an image of Raúl Jiménez, Luis ‘El Matador’ Hernández, Sebastián Córdova, among other Aztec figures, wearing the uniform of ‘El Chavo del 8’ for the 50th anniversary of one of the most recognized Aztec programs worldwide.

Discover all the information that ESPN has about video games.
Sports”

The ‘El Chavo’ uniform will be available from Thursday, December 10 and users will be able to enjoy the clothing until December 13.

Meanwhile, on December 6, FIFA 21 debuted on the next generation of consoles, PlayStation 5 and Xbox Series X | S.

These were the details of the news FIFA 21 presents a uniform inspired by Chavo del 8 for this day. We hope that we have succeeded by giving you the full details and information. To follow all our news, you can subscribe to the alerts system or to one of our different systems to provide you with all that is new.