Maradona dies: The shocking revelation about Diego Maradona: “He has two children in Spain with Laura Cibilla” 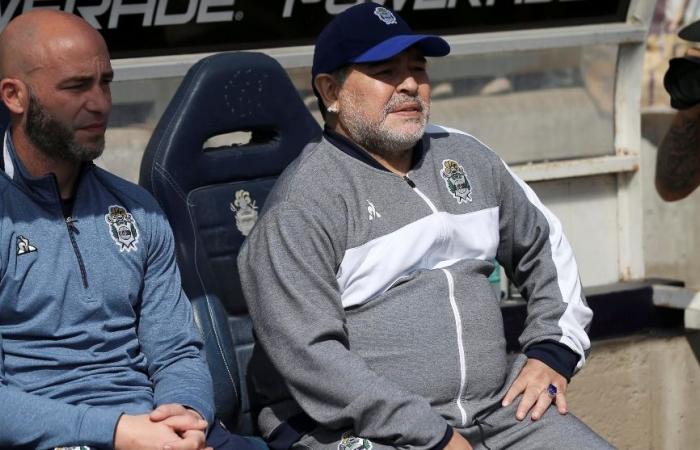 A one week after the death of Diego Armando Maradona, businessman Carlos Ferro Viera surprised revealing that the Argentine star had two children during an extra-marital relationship with Laura Cibilla.

Ferro Viera, who was close to Diego during the nineties, He spoke about the affair with the waitress La Diosa: “I was very much in love with Laura. Of all the ones I saw, that was love. There are many things that I know about him “; he commented during a program of the Nine.

In In 2008 there was a trial on the paternity of Maradona in a son that Cibilla had in 2003. However DNA tests yielded a negative result. Although Viera stated that there are a couple more in Spain: “There are two children of that girl, they have a trust. It doesn’t matter “; reiter.

On the other hand, The businessman claimed that he knew three of Maradona’s children in Cuba. However in the wake of these statements, multiple criticisms have rained about El Pelusa’s friend, whom they accused of having “sold his privacy.”

-The reactions to the death of Diego Maradona: Barcelona, ​​AFA, Napoli

-Pel’s emotional message after Maradona’s death: “One day we will play together in heaven”

– “Cosmic Kite”: Maradona and the goal that changed the history of football

These were the details of the news Maradona dies: The shocking revelation about Diego Maradona: “He has two children in Spain with Laura Cibilla” for this day. We hope that we have succeeded by giving you the full details and information. To follow all our news, you can subscribe to the alerts system or to one of our different systems to provide you with all that is new.