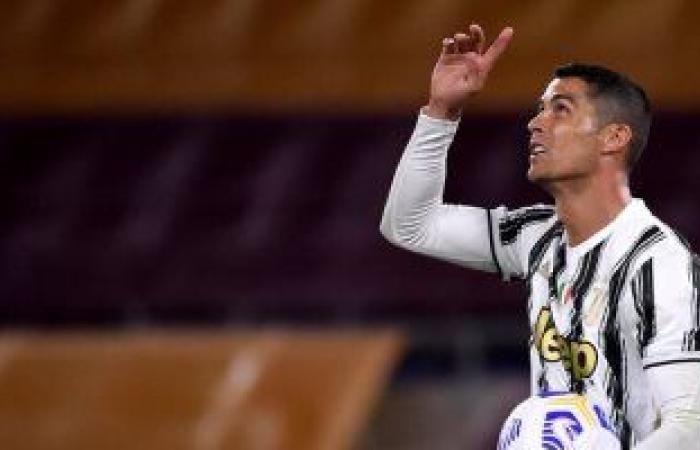 The Portuguese soccer star and Italian club Juventus, Cristiano Ronaldo, won the Golden Foot award for the year 2020 in its eighteenth edition, beating Lionel Messi, the Barcelona star, and our Egyptian star, Mohamed Salah, the English star of Liverpool, and Robert Lewandowski, the star of Bayern Munich, Germany, and the award was voted by the fans after a list Short cuts of 10 players every year.

The Golden Foot is a football award at the international level that is organized annually in the French Emirate of Monaco. The most prominent criteria of the award is that the nominated player must be at least 28 years old, and have special footballing abilities at the individual level and at the level of collective performance.

The winner is chosen from among ten candidates nominated by a committee of specialists, and every person has the right to vote for one of the ten candidates on the official website of the award.

And this award is distinguished by the fact that the winner leaves a mold for his man on the Football Walk of Fame (The Champions Promenade), Which is a kind of walkway for football celebrities on the beaches of the Principality of Monaco, so a football player can only win the Golden Boot award once.

It is worth noting that Luka Modric, the Real Madrid star, is the last to win the title in 2019.

These were the details of the news Ronaldo beats Messi and Mohamed Salah and wins the Golden Foot... for this day. We hope that we have succeeded by giving you the full details and information. To follow all our news, you can subscribe to the alerts system or to one of our different systems to provide you with all that is new.