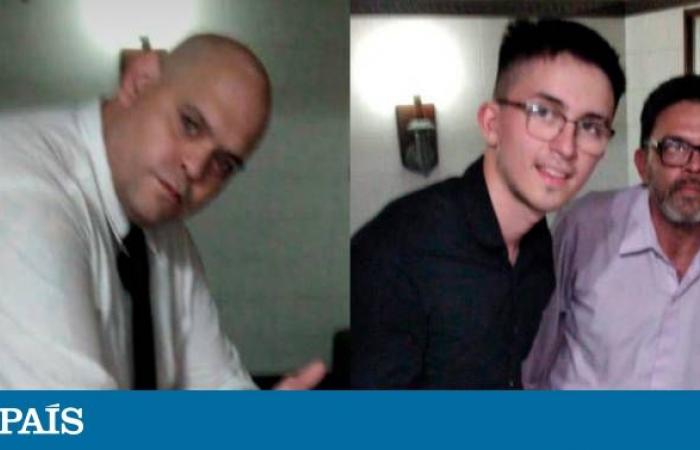 At dawn on Thursday, a funeral home in Buenos Aires receives an important order: it must cover the body of Diego Armando Maradona, who had died hours before at his home. The remains of the Argentine star have passed through the morgue, where forensics confirmed a natural death.

Tens of thousands of Argentines wait in front of the Casa Rosada, where the burning chapel will be. The work at the funeral home has been hard and the employees can’t resist the temptation. They take out their cell phones and take pictures of what they consider to be their life’s work. In one of them, a man looks at the camera, puts his right hand on Maradona’s forehead and raises his left thumb. In another, two people smile at the lens (there is also a raised thumb, this time protected by a latex glove). They could have treasured the image for personal memory, but they shared it. The only photographic record of the player’s corpse quickly went viral. The damage was already done.

The lawyer Matías Morla, a personal friend of Maradona, promised on social networks “to personally find the scoundrel who took that photograph” and make “all those responsible for such an act of cowardice pay.” The star’s family tried from minute one of death to prevent the dissemination of photographs. The doctors who treated him in the house where he died had to leave their cell phones outside, as well as the police who made the tests in the former player’s bedroom and the forensics who performed the autopsy. No photos were leaked of the open coffin during the private ceremony that preceded the official wake at the Casa Rosada, held with the box closed. Efforts were broken by the finest link in the chain: the funeral home.

It was easy to identify the authors, given the dissemination that the photos had through WhatsApp. The man who poses alone is called Diego Molina. The oldest in the second photo is Claudio Fernández; the youngest is his 18-year-old son. They were, because they have already been fired, employees of the Pinier wake house, located in the La Paternal neighborhood, near the house where Maradona lived when he played for Argentinos Juniors.

Pinier had already worked in the past for the Maradona family and for Claudia Villafañe, the Argentine’s ex-wife. When the scandal was raging, Claudio Fernández spoke. He confirmed that the young man accompanying him in the picture is his son, and he apologized to the family. “We were accommodating [a Maradona] before taking it, and my son, like every kid, raised his thumb and took the photo. I ask everyone for respect and forgiveness. Look, I served Maradona’s father, brother-in-law … I was with Maradona while he was alive. I did not do it in life being my idol, I will not do it when I died. I know that many people have been offended, they have taken it badly, I know it bothered, “Fernández told Radio 10 from Buenos Aires.

Fernández clarified that the photo was not taken by his mobile phone and that they were not posing for the camera. “At that moment I was thinking, with the nerves that Maradona looks good. If you see the photo, I just raised my head because they told me ‘skinny’. It was instantaneous. I am one of the people who do not think about taking photos with coffins and the deceased, out of respect. I never thought they were going to upload it or pass it on to a group, “he explained. Then he denounced that the Argentinos Juniors fans have threatened him with death. “They know me because I’m from the neighborhood. They tell me that they are going to kill us, that they are going to break our truck ”. Little is known about the whereabouts of Diego Molina, the protagonist of the other photo. The team’s management announced on Thursday the irrevocable decision to expel him as a partner for offending the memory of the idol. Meanwhile, messages circulate on WhatsApp that speak of an alleged reckoning planned by the Boca brave bar.

The dissemination of unauthorized photos is a private crime, and someone from Maradona’s family must file a criminal complaint against the perpetrators. That hasn’t happened yet.

These were the details of the news Employees of Maradona’s funeral home leak photos of his shrouded body | Global World Blog for this day. We hope that we have succeeded by giving you the full details and information. To follow all our news, you can subscribe to the alerts system or to one of our different systems to provide you with all that is new.