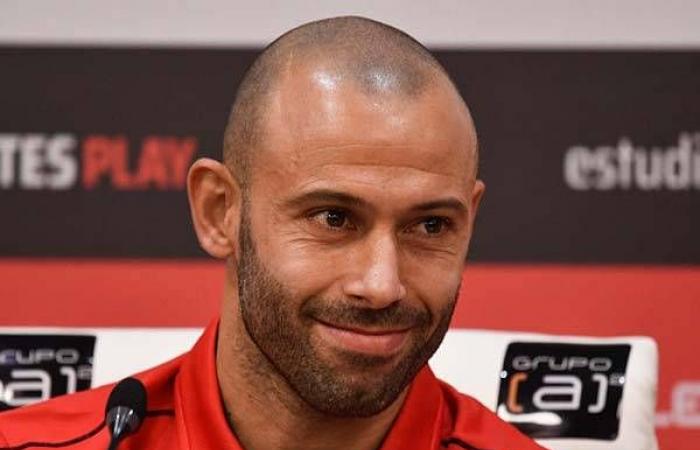 The end of a football legend. One of the great connections in world football in the 2000s, Javier Mascherano, announced tonight (Sunday to Monday) his retirement from football at the age of 36. The veteran contact closes a 17-year career and retired in the country where he grew up and studied football, Argentina, in Estudiantes uniform.

“I’m retiring from professional football today,” he said Mascherano At a press conference at the end of Argentinos Juniors’ 1-0 win over Estudiantes, “I want to thank this club for giving me the opportunity to end my career in Argentina.”

“It’s a decision I was thinking about. My feelings tell me it’s time to stop playing football, because of personal things I’ve been going through these months. Especially because I lived this profession 100%, to the maximum I could,” the former midfielder continued.

“The illusion of being a footballer is fading away,” the Argentine explained. “Thank you to all the clubs, coaches and teammates I have had throughout my career. Sometimes you are not the guy at the end you want for yourself.”

During his career Mascherano twice in the Champions League with Barcelona and lifted the Spanish championship five times. He has also won two Argentine championships with River Plate and the Brazilian championship in Corinthians uniform.

The legendary midfielder made 147 appearances in national team uniform and participated in four World Cups from 2006 to 2018. Along with the two legends, Leo Messi and Diego Armando Maradona is the Argentine who played the most in the national team. In addition, Mascherano was part of Liverpool, West Ham and China China Fortune. The color may have been a little gray, but the heart and soul have always been there. A true warrior. Thanks.

These were the details of the news End of era: Javier Mascherano retired from football for this day. We hope that we have succeeded by giving you the full details and information. To follow all our news, you can subscribe to the alerts system or to one of our different systems to provide you with all that is new.