Playoffs: what time does Brazil play against Venezuela 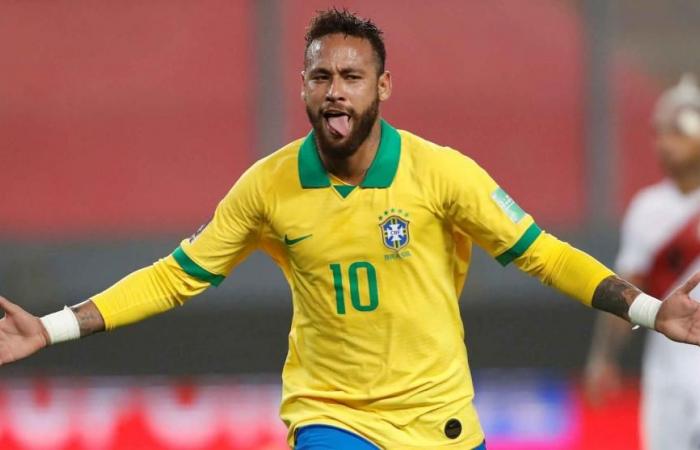 The Brazilian soccer team, at the top of the South American Qualifiers together with Argentina, will host Venezuela tomorrow, in a match valid for the third date that has it as a wide favorite and is valid for the qualifying for the Qatar World Cup 2022.

The game will be played this Friday from 9:30 p.m. (Argentine time) at the Morumbí stadium, located in the city of San Pablo, will be arbitrated by Paraguayan Juan Benítez and will be televised by the cable signal TyC Sports.

The “scratch” leads the South American classification table with six points – like Argentina – after two consecutive victories in the same number of presentations: 5-0 against Bolivia and 4-2 against Peru.

The coach of the Brazilian representative, Tite, will not be able to count for this clash with his greatest figure, Neymar, the star of Paris Saint Germain (PSG), due to a muscle injury in his left leg, although he would arrive in condition to visit Uruguay in fourth date, Tuesday next week.

Besides “Ney”, Tite will not have Philippe Coutinho (Barcelona), Fabinho (Liverpool), Rodrigo Caio (Flamengo) and Éder Militao (Real Madrid), who were not summoned due to different muscular ailments, although the most sensitive loss that of the PSG striker is that of Real Madrid midfielder Casemiro, affected by coronavirus.

To receive the “vinotinto”, the Brazilian DT will appeal for a tactical scheme of 4-3-3 with an attack made up of Gabriel Jesús (Manchester City), Richarlison (Everton) and Roberto Firmino (Liverpool), three forwards with continuous shooting in the Premier League football.

Venezuela, for its part, is located in the penultimate place of the table without points -as well as Bolivia-, after the 3-0 falls against Colombia and 1-0 against Paraguay in the double initial date, last month .

The Portuguese coach José Peseiro will be able to count on the striker and the figure of the Venezuelan national team, Salomón Rondón, who was absent in previous matches due to the decision of his Chinese club Dalian Pro, did not accept to assign him.

Peseiro, who would adopt a 4-2-3-1 tactical approach, has to define the inclusion of Yeferson Solteldo or Rómulo Otero as responsible for the generation of the midfield game forward.

The last time both teams met officially was in a goalless draw, valid for the group stage of the Copa América 2019, played in Brazil.

On the fourth day, Brazil will visit Uruguay, while Venezuela will host Chile on Tuesday, November 17.

These were the details of the news Playoffs: what time does Brazil play against Venezuela for this day. We hope that we have succeeded by giving you the full details and information. To follow all our news, you can subscribe to the alerts system or to one of our different systems to provide you with all that is new.