Report .. Why should Zamalek be careful before signing Raja? 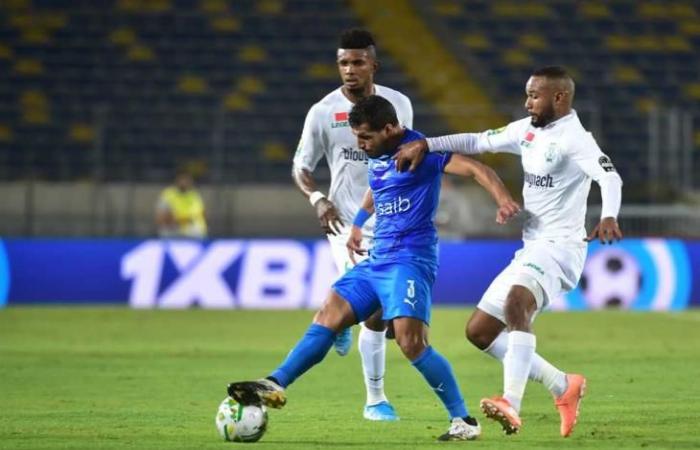 After the match was postponed on two occasions, the Moroccan Raja Casablanca team enters in the evening of Wednesday and has no choice but to achieve the winning result when it goes out to face Zamalek at the “Cairo Stadium” in the semi-final second leg of the African Champions League competition.

Zamalek cut the half way to the final match after achieving a precious victory over the Moroccan League champion with an unanswered goal through Moroccan star Ashraf Bencharki to become the white team demanding at least the result of a negative tie to face its rivals Al-Ahly in the final scene.

But before the return event, why should Zamalek be careful before the Cairo clash in front of hope? This is what we will review in the following lines.

Raja, during the current edition of the African Champions League competition, saw the Casablanca giant walk out six times, so the Moroccan champion managed to win two occasions against three draws and lose one match.

In the 32nd round of the Champions League competition, Raja faced his opponent, Al-Nasr, Libya, on the go at Petrosport.

The match saw the Moroccan team win three goals to one goal, to make Raja half the way to qualifying for the group stage.

The return match in the “Mohamed V Sports Complex” ended with a goal for each side, bringing the total of the two matches (4-2).

Starting from the Congo:

Although Raja lost its first match in Morocco against the champion of the last two versions, the Tunisian Esperance team, with two goals without a response, the “Eagles” team managed to win outside the rules in the second match against Vita Club with a goal that came through Sofiane Rahimi.

Rajas victory over Vita Klopp contributed to the Moroccan representative reaching the quarter-finals after occupying the group’s runners-up with (11 points), ahead of direct confrontations with Esperance, the group leader.

Raja, during his six confrontations, managed to score a draw on three occasions, the start of which was the 64th round against Brikama United the Gambia in the first leg.

Raja was able in the first leg against the Gambia champion to equalize (3-3) before the Moroccan team won the return match with four goals without a response.

In the group stage, Raja scored a tie on two occasions by confronting JS Kabylie in a match that ended with a score (0-0) in the fourth round.

In the fifth round, Raja eliminated the equalizer from the Olympic Stadium, Brads, through a positive draw against Esperance, with two goals per side.

In the second leg of the quarter-finals of the African Champions League competition, and at the “Stadio da Cidadilla” stadium, Raja lost 1-0 against Congolese Mazembe.

Although Raja lost the Mazembe match, the Moroccan champion managed to cross to the round of four after winning the first leg (2-0).

Bannon is the top scorer:

In the external Raja clashes, Badr Bannon, the second captain of the Raja team, after Mohsen Metwally, scored on three occasions, with two goals against Brikama United, the Gambian, and one goal against Esperance, Tunisia.

Captain Mohsen Metwally came second, behind Bannon, with two goals, by scoring against Brikama United, the Gambia and the Libyan victory.

These were the details of the news Report .. Why should Zamalek be careful before signing Raja? for this day. We hope that we have succeeded by giving you the full details and information. To follow all our news, you can subscribe to the alerts system or to one of our different systems to provide you with all that is new.