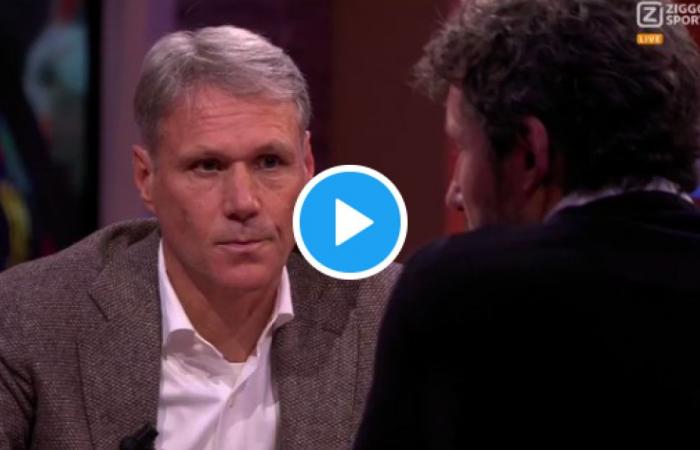 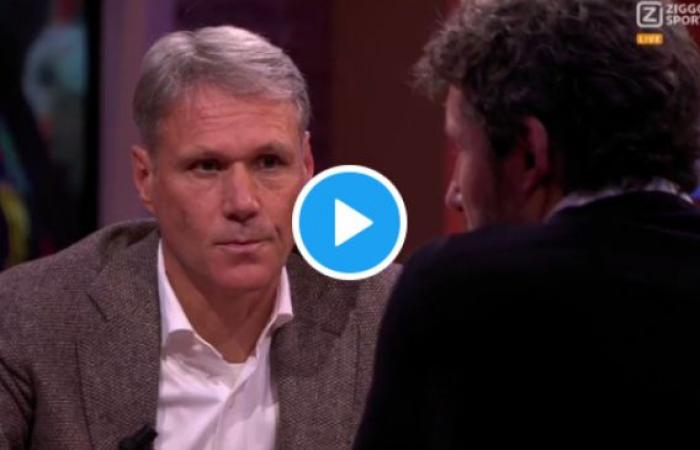 Mark van Bommel and Marco van Basten both joined the Ziggo Sport talk show Rondo on Sunday evening and discussed the collisions they had in the past. Then national coach Van Basten changed Van Bommel in 2005 during the World Cup qualifying match with Romania: the midfielder thanked the Orange one year later.

Van Bommel was substituted for Romania in fifty minutes. “We had said in the break: you have to cover on that number 8. From the side we had already shouted: you have to cover, because we do it differently. Well, that probably didn’t arrive, so we said it again at half time. Or you didn’t get it, it was our fault. Or you didn’t: in the end we didn’t accept and we switched you “, says Van Basten.

This went wrong for Van Bommel, who came on the field a little later than the other players at the start of the second half. “We were 1-0 at half time. And in those four minutes we make it 2-0. And then I was substituted”, said the then PSV player, who also dropped out for the international match against Finland later that week. “Then you go home and a day later Marco calls: you do not have to go to Finland. That is not true.”

That incident would eventually leave deep scars: Van Bommel went to the World Cup in Germany, but his relationship with Van Basten was irreparably damaged. “It was clear that it didn’t click between us. I think I had fifteen trainers: you can’t get along with everyone, but it was just not good with Marco. I have from the start (Van Basten took office in 2004 , ed.) always played, but I didn’t always feel at ease. You have that feeling every now and then. “

During the Sunday evening broadcast, Van Basten showed self-reflection. “I think I was a bit too blunt and too fast. We (Van Basten and assistants John van ‘t Schip, Rob Witschge and Stanley Menzo, ed.) Also had an Ajax background. Ruud van Nistelrooy was there at the time. also, that was not all going well. They had the idea: he would rather choose those Ajax players than us. That is a feeling I could not take away. “

Van Bommel about PSV: “That organization was not ready to deal with me”

These were the details of the news Van Bommel and Van Basten face each other again: ‘It just... for this day. We hope that we have succeeded by giving you the full details and information. To follow all our news, you can subscribe to the alerts system or to one of our different systems to provide you with all that is new.