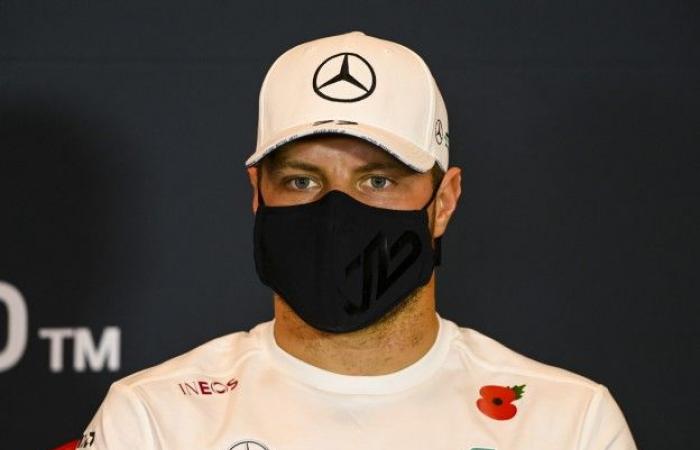 Between all the important news you can miss a few things during a Grand Prix weekend. Don’t worry, F1Maximaal keeps you informed of all the sense and nonsense from the world of Formula 1 in the ‘Meanwhile in …’ section.

After qualifying, the top three drivers have to pay a visit to the press conference for journalists, but the FIA ​​was equally painfully wrong. Valtteri Bottas took pole position, but the FIA ​​press secretary almost appointed Lewis Hamilton as pole sitter. The press secretary in question managed to recover.

The Red Bull mechanics seem to be well trained in everything. For a while it seemed that Max Verstappen would retire in Q2 during qualifying for the Grand Prix of Emilia Romagna with an electrical problem, but the team delivered very quickly. Verstappen’s problem was solved in record time.

Lando Norris was a guest this Friday in the Formula 1 broadcast of Ziggo Sport. The McLaren driver was in a special Q&A and that resulted in some hilarious moments. For example, does Norris already have a girlfriend?

In honor of his racing hero Ayrton Senna, Pierre Gasly unveiled a special helmet design on the eve of the Emilia Romagna Grand Prix. Apart from the Red Bull logos, the AlphaTauri driver’s head protection this weekend is virtually a copy of the helmet of the Brazilian motorsport legend. Gasly is riding with the helmet this weekend, because Senna died on this track in 1994.

Russell is happy that the rumors about his future are over

With Williams confirming his two drivers for 2021, George Russell is happy the rumors are over. There was talk of a possible departure of the Brit from the team, where Sergio Perez would then take place. However, this turned out not to be the case and Williams will also play with Russell and Nicholas Latifi next year.

Lewis Hamilton has, just like in Portugal, taken his dog Roscoe to the paddock again. That must of course also be shown and the Briton does that in style. The six-time world champion explores the paddock with his dog on a leash.

Mercedes makes its first appearance at the Imola circuit

The Mercedes Formula 1 team will perform for the first time at the circuit in Imola this weekend. The German racing stable, as we know it today, made its Formula 1 debut in 2010, while the last Grand Prix was held in Imola in 2006. The two-day Grand Prix weekend will therefore be an extra challenge for Mercedes.

Kvyat will do a lap around the track in 2020 car

Ahead of Emilia Romagna’s Grand Prix weekend, the AlphaTauri Formula 1 team posts a video in which Daniil Kvyat tests the team’s 2020 car. The Russian did this in June, during a test in the AT01. In the video, the circuit can be seen from different camera angles.

First pictures from the pit lane of the circuit

Today the first photos appeared from the pit lane on the circuit in Imola. Formula 1 is on the track for the first time since 2006, where Michael Schumacher won the race in his Ferrari at the time. Albert Fabrega shows on his Twitter that the teams are busy with preparations. (Photo: Instagram)

These were the details of the news Meanwhile in Imola | FIA painfully confuses Bottas and Hamilton for this day. We hope that we have succeeded by giving you the full details and information. To follow all our news, you can subscribe to the alerts system or to one of our different systems to provide you with all that is new.