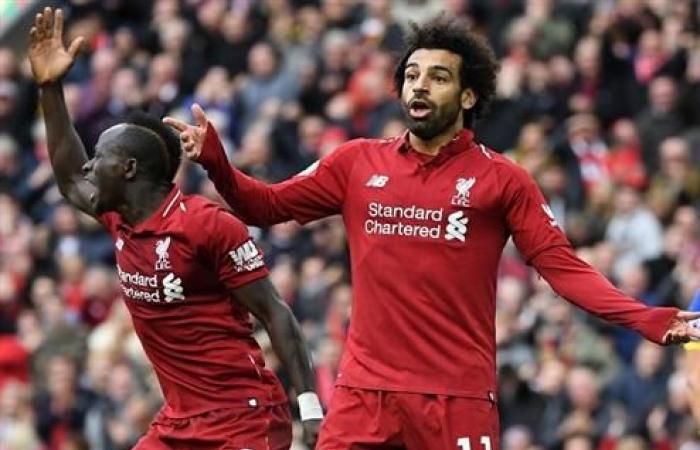 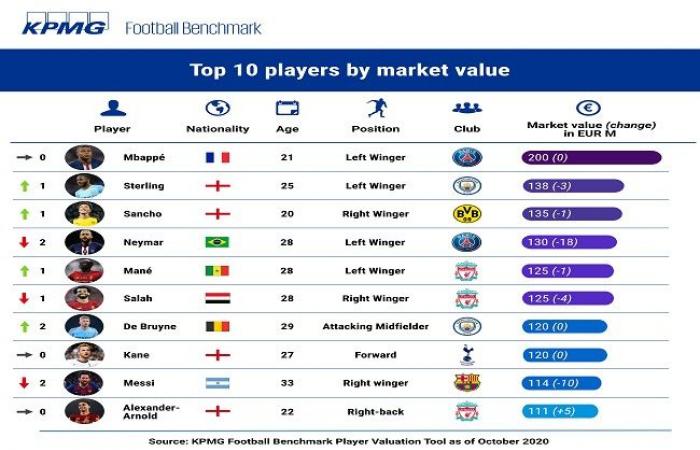 KPMG Football Bench Mark, concerned with football and the economy, revealed the list of the 10 best players by market value in the world for the month of October, which witnessed the decline of Egyptian Mohamed Salah, the Liverpool player.

Frenchman Kylian Mbappe topped the list with a market value of 200 million euros, without decrease or increase.

England’s Trent Alexander-Arnold was the only Liverpool full-back in the top ten list whose market value increased by five million euros to become 111 million, but he remained in tenth place.

The full list of 500 players has seen a 10.3% decline since the Coronavirus pandemic.

Several factors determine a player’s market value, including the value, duration of his contract with his club, and his age, which is why Cristiano Ronaldo and Lionel Messi occupy late positions.

These were the details of the news The market value of Mohamed Salah falls in the month of... for this day. We hope that we have succeeded by giving you the full details and information. To follow all our news, you can subscribe to the alerts system or to one of our different systems to provide you with all that is new.