A shocking surprise … the retirement of the Jordanian Olympic champion... 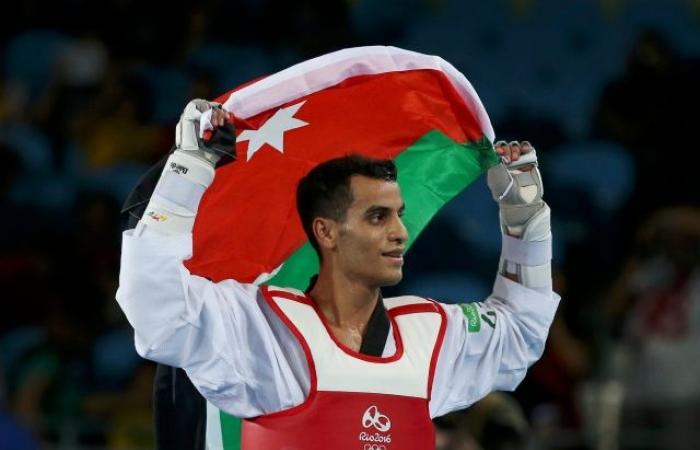 The Jordanian Olympic champion Ahmed Abu Ghosh, through his account on the social networking site “Facebook”, surprised the sports community in his country after announcing, yesterday, Thursday, his retirement from international football without revealing any other details about the reasons for the shocking decision of his fans who wanted to repeat his achievement in the 2021 Tokyo Olympics. .

The official account of the golden champion Abu Ghosh (24 years old) stated: “Olympic champion Ahmed Abu Ghosh, the first and only Olympic medalist in the history of the Hashemite Kingdom of Jordan, announces his retirement from participation and representing the national team in international forums.”
Ahmed Abu Ghosh won the gold medal in Taekwondo, weighing 68 kilograms, at the last Olympic Games in Rio de Janeiro 2016, a feat that has not been achieved in the history of Jordanian sports.

Social networking sites were filled with news of Abu Ghosh’s retirement, asking why he made the difficult decision even though he was only 24 years old. The shock came from one of his relatives, Hassan Abu Ghosh, who wrote on Facebook: “Do you know that the hero Ahmed Abu Ghosh is imprisoned from Two months from last August, his sponsorship was refused several times due to a mistake in his civil registration at the civil status since his birth, and now he has been held accountable, and his sponsorship has been prevented several times for not participating in the tournament held in Japan. Is this how the heroes and the hidden secret are rewarded? , Which enveloped the case in great mystery.

For his part, the Jordanian Public Security issued a statement in which he said: “Abu Ghosh is arrested against the background of a criminal case that has nothing to do with sports or Olympics,” while a spokesman for the security apparatus stated that “the Jordanian player is arrested in a correctional and rehabilitation center due to a case He was arrested after a criminal investigation, which confirms that his suspension is due to a problem with his civil record.
In turn, the Jordanian Taekwondo Federation issued a statement explaining that “we have not been officially informed of this decision (retirement), and we do not know its motives and reasons, and it is also impossible to communicate with the player at the present time,” indicating that the announcement of the retirement came from the “player’s page management” on Facebook.
The federation pointed out that it had avoided discussing this issue in any way “for the past two months, out of respect for the privacy of the player, who is also a member of the General Security Service.”

These were the details of the news A shocking surprise … the retirement of the Jordanian Olympic champion... for this day. We hope that we have succeeded by giving you the full details and information. To follow all our news, you can subscribe to the alerts system or to one of our different systems to provide you with all that is new.