Erdogan, Fortnite and China: The Fall of Mesut Ozil 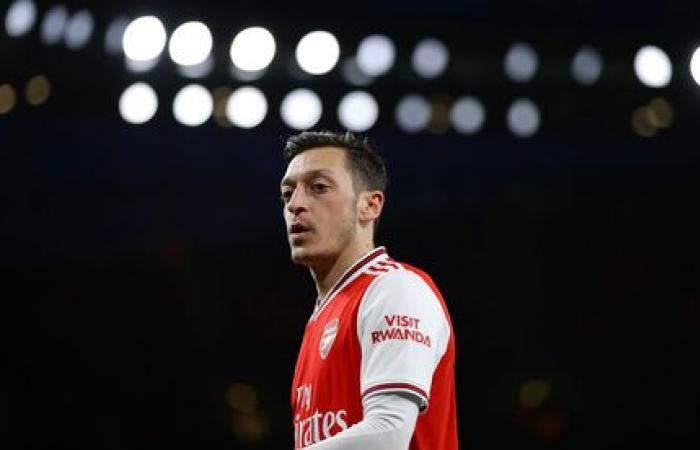 “He’s married. He has a family now. Maybe his focus has changed.” Per Matrasker tried to gently explain the current situation of Mesut Ozil. Whoever is considered his best friend and has played with at Arsenal in the past, said actually said what everyone thinks: At 32, Mesut Ozil is a past player. “Old news,” as another gently past Arsenal player, Sol Campbell, put it less gently.

Arsenal think so too, and manager Mikel Arteta has left his most valuable player out of the Premier League and Europa League squad. The implication is clear: he will probably not play football until January. The window in Portugal is still open, but it’s hard to see a group from there opening their pockets and participating in his monstrous salary, around £ 350,000 a week. The windows in Qatar and MLS are open until October 25. So he has some more time to move on to the last minute. To Arsenal’s delight, the German’s contract expired in the summer of 2021. According to reports, he recently rejected an offer from the Saudi league, where he was offered a three-year contract.

He himself, it seems, does not intend to leave. On Wednesday he wrote on social media: “I have expressed my loyalty to the club I love. It saddens me that it is not mutual. Loyalty is a rarity nowadays. I tried to stay positive, hoping I would return to the squad. Things have changed and do not let me play, what else can I say? To fight so as not to end my eighth season at the club like this. “

Ozil was bought by Arsenal for 50 million euros in 2013 after three great years at Real Madrid, and at the time was the most valuable German player in history. Arsenal had a good reason to acquire him after he stopped cooking for Cristiano Ronaldo and won the championship with the Blancos. However, Arsenal is Arsenal , And Ozil failed to bring the Gunners a championship. After a record season in 2015/16 with 26 assists, his output dropped consistently. Five goals and two assists in the Premier League in 2018/19. Two assists and a goal last season, before Arteta sent him to the stands ,

It may have happened because of the club’s financial motive, the club may be fed up with it in general. Even Arsene Wenger, the Gunners’ legendary manager, said “it seems that the confrontation between him and Ozil and the club is not because of professional things.” And he was right, money, politics, and Fortnight are involved here

Ozil was the only player who refused to cut his salary because of the Corona crisis, while the rest of the players agreed. Coupled with a disappointing ability on the pitch and a mismatch to Mikel Arta’s pressure game, he became the goat of the flag in north London.

Two months ago, he broke his silence in an interview with Athletic. “A lot of players didn’t agree to cut, but only my name is mentioned,” he said angrily, “I have a commitment to my family as well as to various charities I lead. We were not told where the money was going. Everything was fast. It’s not fair.”

If this was not a harsh enough criticism then Ozil added: “Some people have been trying to destroy me for two years and paint a wrong picture.” After the post he wrote last Wednesday, it’s pretty clear that the people he’s talking about are in Arsenal’s management. He became an unwanted figure in the club.

But there was something else interesting in Ozil’s interview, he noted that it has happened in the last two years. And what happened two years ago can be traced back to 2018, when he was photographed with Turkish President Recep Tayyip Erdogan, which created a huge storm in Germany and raised the question again about the loyalty of Turkish immigrants, the country’s largest immigrant community. Ozil snatched from everywhere, including condemnation from the German association itself, until he decided to retire from the team with which he won the 2014 World Cup. Not before accusing the association of racism: “I feel unwanted,” he said then, “I have a Turkish heart and a German heart. “And they use me for political propaganda. Enough is enough.”

That same year it became clear that Ozil would rather play Fortnite than train with his team. In England they checked his account and found that he played in the popular game for about 1,740 hours and some claim that due to the prolonged sitting, his back was injured and he was forced to miss several games.

About a year after the tumultuous retirement, Erdogan served as a bridesmaid at the actor’s wedding, which led to more media hype, a somewhat puzzling move after he said he was photographed on the Turkish leader “out of politeness”. Erdogan is known as a football fan and even more fond of famous footballers, so he of course did not refuse to marry Ozil during the election period, earning flattering pictures in which he looks like a “father figure”, which is entirely by chance the figure he wants to play for his constituents.

In between, it turned out that Ozil would rather play Fortnite than train with his team. In England they checked his account and found that he played in the popular game for about 1,740 hours and some claim that due to the prolonged sitting, his back was injured and he was forced to miss several games. It maintains an active twitch account in which it goes up for live broadcasts where its performance can be predicted, and over the years shows an improvement graph. Make his position on the field.

Last December, Ozil went on the offensive against China, criticizing her harshly for her treatment of the country’s Uighur minority. “China is burning Koran books, closing mosques, banning Islamic schools and killing clerics one after another, and Muslims are silent.” In response, China did not broadcast Arsenal’s game against Manchester City. The London club then shrugged off a statement stating that it was not. Deals with political issues.In response, fans in China burned his shirt.

He himself wrote on Wednesday that “he will continue to fight for justice,” but fans attacked him for his support for Erdogan’s regime. “Thank you for not showing up at important games, for making faces when they wanted to replace you, take all your fans to the next club,” one fan wrote to him in response. His reaction went viral. After feeling unwelcome in the German national team, he is now unwelcome at Arsenal. It seems that the German is going to spend an entire season in which he will play more Fortnite than football. The question is: does it bother him at all?

*The article has been translated based on the content of Source link by https://www.ynet.co.il/sport/article/H1IerwlOD
. If there is any problem regarding the content, copyright, please leave a report below the article. We will try to process as quickly as possible to protect the rights of the author. Thank you very much!

These were the details of the news Erdogan, Fortnite and China: The Fall of Mesut Ozil for this day. We hope that we have succeeded by giving you the full details and information. To follow all our news, you can subscribe to the alerts system or to one of our different systems to provide you with all that is new.